The next one is very similar (ട characer i.e. T used as T) but just a doubling as ട്ട : 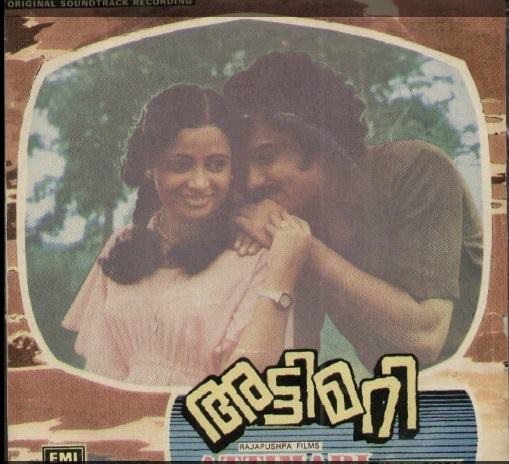 However, they can use the same character sometimes for "D", simply to confuse people and I'm sure it comes from the Thamizh roots of Malayalam :

However, look at the English rendering in the vinyl, it reads "adimakkachchavadam" (slave trade)!

So, please BEWARE of such usage! 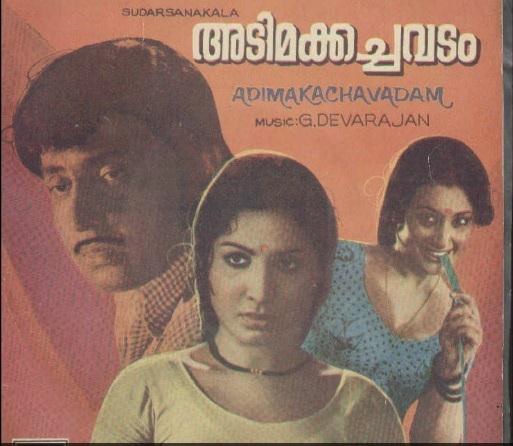 Now, moving on to the next character, T(h)a, the "O" shaped Hindi / Malayalam letter :
ഠ

There is one vinyl that uses the character (here again one may get baffled as to why they use "D" in English) : 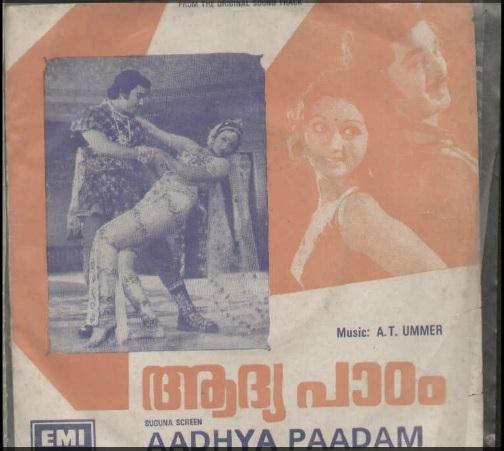 The third character, ഡ, is the OFFICIAL "D"!

It does get used that way frequently as well. 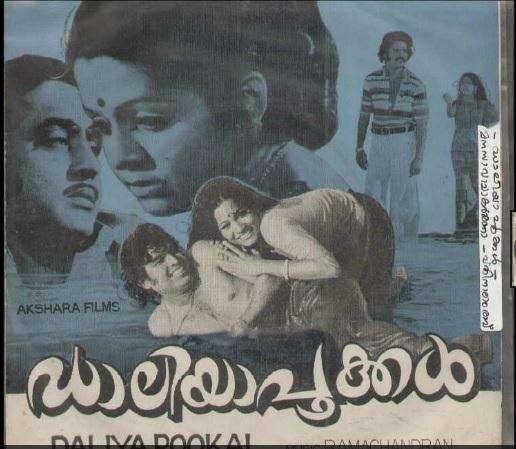 The fourth character D(h)a, ഢ, does not find that much usage, but one will come across every now and then! 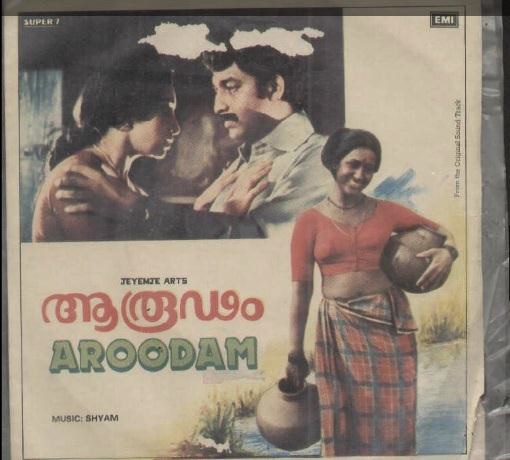 Now, for ണ, we have a special treat - vinyl cover of the IR album that had 'oru nAL unnOdu oru nAL's Malayalam version 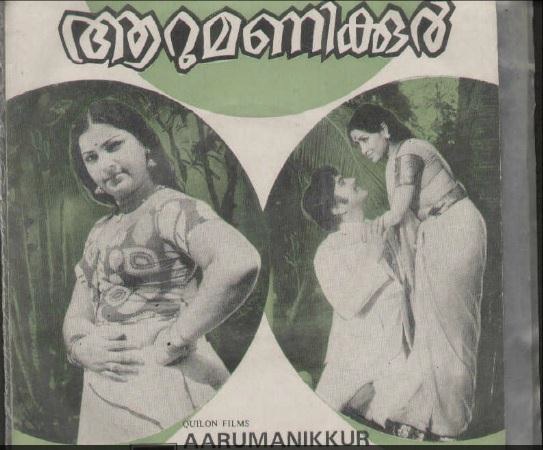 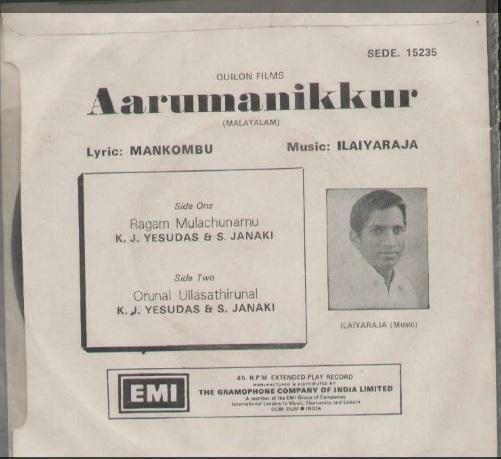 V_S wrote:why they have used 'ta' instead of 'da'?

Please look at my post above for the vinyl "adimakkachchavadam" - it's one of those quirky stuff.

Since Malayalam is rooted in Thamizh, such use of "ta" as "da" can be observed, even though there's a character for "da"

Thanks app ji for the clarification. I missed reading the vinyl post.

We have three more groups of consonants to go

Before introducing the next group, let me quickly do a recap of all the letters we have learnt so far :

Consonants, in groups, with അ sound added to them for simplicity:

We've also covered the combo's of the above consonants with all the vowels!

Also, we've covered the "doubing" of the consonants.

Now, let's move on to the FOURTH set of consonants, the TH series

As usual, Thamizh has only one TH which is used for all four sounds used by Sanskrit and its derivatives (th / thh / dh / dhh). Malayalam, since is a mish-mash of Thamizh & Sanskrit, one should not be surprised if it has the latter for "TH" but read it sometimes as "DH"

I'll give examples as it occurs in course of time.

First, let's look at the Malayalam characters themselves :

ഥ - thha / no Thamizh equivalent / थ (Please look at the Malayalam character which is exactly same as the 'ma / ம' in Thamizh, take care not to get fooled by the appearance

ധ -dhha / no Thamizh equivalent / ध (Here again, the Malayalam character is a look-alike of the Thamizh 'ya / ய'. So, please beware...)

ന - na / unusual, rather unique, case of this being the equivalent for Two Thamizh characters, ந & ன / न.

Some words to practice these characters :

Let's look at the combos of these consonants with all vowels :

Doubling of the consonants:

ത്ത (ththa) and ന്ന (nna) are very common in use. The others are not so common (and cannot be produced in google transliterate easily

Let me post a variety of vinyl pics that feature these characters today...and follow up with a quiz tomorrow

Couple of vinyls for the first letter... 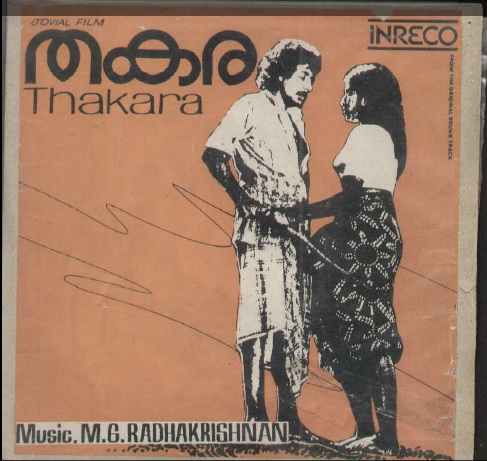 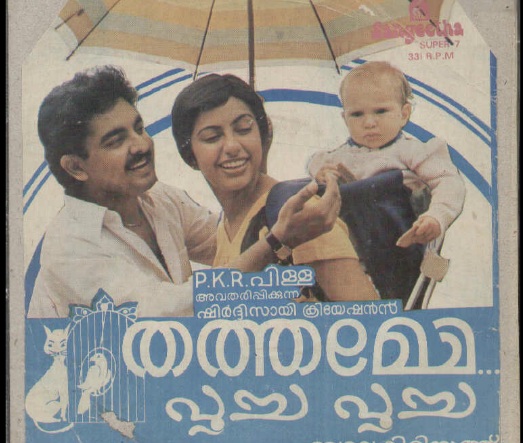 Now, the second letter of this group typically not seen in the beginning of the word...

Please note that the English transliteration on the vinyl uses "dh", which is one of those quirky things... 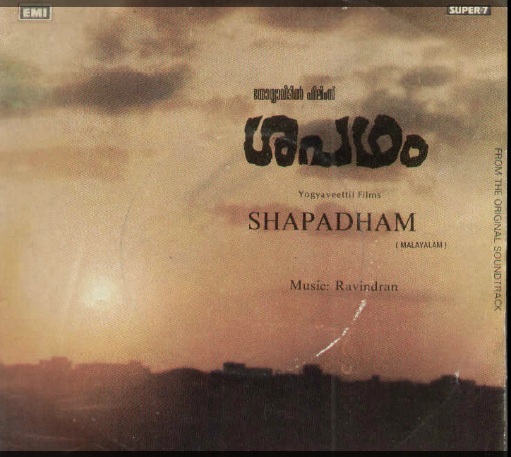 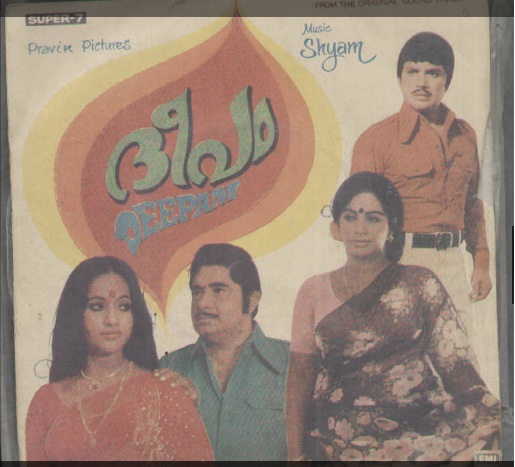 Most of the times, this gets translated into English as "deepam" but pronounced "dheepam" - another quirky thing with the "TH/DH" series. Same happens with Hindi too, one has to type t / d and not th/dh to get the corresponding Hindi characters (त द) in google transliteration

An unusual case of extended last syllable in Malayalam

(It is typically ധന്യ, here we see an additional thuNaikkAl in the vinyl...the producer could have been Thamizh or added it for some sentimental purpose) 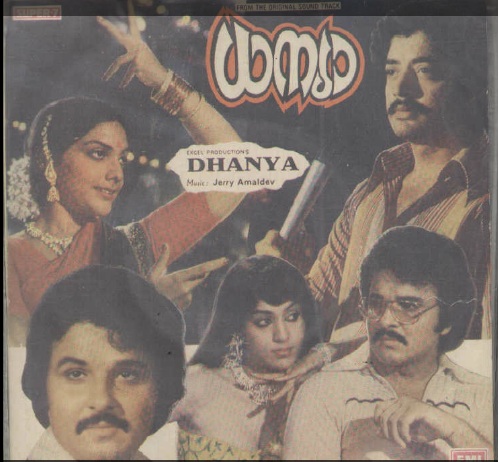 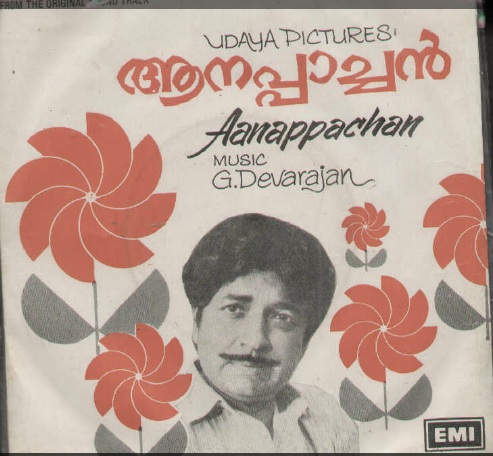 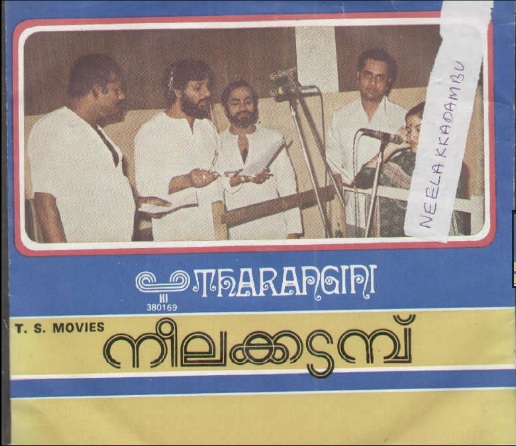 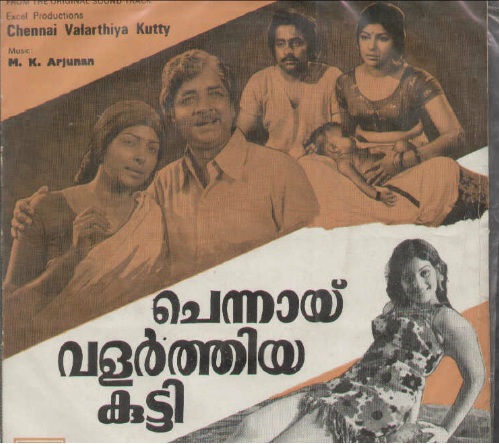 (Mostly movie names, a place, one person and one highly-debated topic)

Here are the answers:

We have only two more groups of consonants left!

Before we take up one of them, let us recap all the letters that we've learnt so far :

Consonants in four groups so far (അ added below, for ease of reading) :

Will have the 'pa' series later today!

As in the case of all the previous four groups, this has five consonants - all "lips meeting" type

To illustrate the letters (and help practice them), here is a set of words highlighting each of the above :

Please note that there are no additional "." symbols necessary to convert ph to f, as in the case of Hindi

Let us look at the vowel-added-derivatives & doubling of this group of consonants :

ffa - no combo, nothing special, write it twice

bhbha - no combo, nothing special, write it twice