Now the last one for this lesson, for the Ra / റ letter in somewhat tough combo (doubling + vowel) : 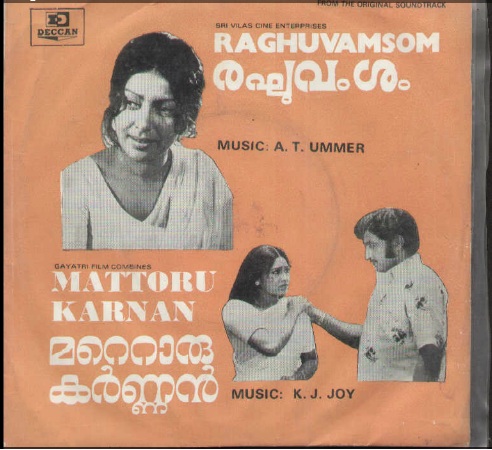 For the last set of consonants that we've learnt last week...

As usual, let's give 2 days to solve these and I'll post exact tranliterations on Thursday

As we approach the end of "Phase 1" i.e. Learn to Read Malayalam course, let me explain the game plan for the balance of this phase (i.e what happens after resolving the quiz above) :

-A last lesson on hetero-combos. Probably the most challenging part for new readers, especially those who know only English & Thamizh where there's no concept of such "combo" characters

-Another final quiz for Phase 1

-Concluding remarks for the Phase 1 and intro to another new thread which will focus on a few aspects as below :

-So, keep an eye on the proceedings!

You cracked all of them - I guess you're ready for "graduation"

Here are the answers / exact transliterations :

While we have more than one of the consonants from this group in some words, I've highlighted only one letter for each question in RED, for distinct identity

Point 1 - consonants can be combined together by adding a symbol on the side or the bottom.

We have already discussed about "doubling" of consonants in the corresponding lessons. (We'll discuss later about combination of one consonant to another which will follow similar pattern).

That way, the combination typically results in an extra fitting on the side or the bottom when a consonant doubles.

Please note that not every one of them gets a combo necessarily. Also, writing without combo characters is totally legal & correct but this is an extra convenience for space saving.

Point 2 - We can "seamlessly" add vowels to such combination of consonants as well.

For example, kkO can be represented as : ക്കോ . Here we have added a "rettai suzhikkombu" to the left and "thuNaikkAl" to the right of the doubled consonant ക്ക് and took out the "half-moon" on top, to get "kkO" sound.

Another example, ല്ലീ is "llee" where the consonant l got doubled (ല്ല്) and then vowel ee (ഈ) added.

Point 3 - We can also add "diacritics" with additional symbols in the case of ADDITION of three consonants, namely, യ, ര, വ. Look at a variety of examples below :

The above three situations are already learnt and practiced (hopefully). So, the above discussion is only a recap.

Now, the ONLY NEW ADDITION in this lesson is understanding the possibility of adding two or more DIFFERENT consonants together and further adding a vowel / diacritic to that combo.

But the second character, is a combo of THREE CONSONANTS & ONE VOWEL. n+th+y+a!

n = ന് and when it gets added to th (ത്), we get a character for "nth" as ന്ത്‌. As one can see, the second consonant has got added to the right side of the first consonant and one vertical line is SWALLOWED to get the new character.

When you add "y" (യ്) to it, you get the RHS diacritic symbol for y and the character becomes ന്ത്യ്. This means, you don't see the shape of "യ്" anywhere but only get that SOUND.

Finally, when the vowel a (അ) gets added, you simply take away the HALF MOON superscript. Voila! You get "n-th-y-a" as simply "ന്ത്യ".

Essentially, these four are the MAX possible steps in the combination methodology. ADDING THREE DISSIMILAR CONSONANTS AND A VOWEL!

It is not the intention to cover EVERY possible combination between consonants in this lesson. All we'll be looking at will be SOME combinations that will give an idea as to what to look for when reading Malayalam.

Since there are so many consonants and a variety of permuations / combinations possible, it will be too much to list all here and may not serve any useful purpose. All we're trying to do here is to understand the PRINCIPLES as to how these get combined together and use that knowledge to identify the variety of characters that we see when we read Malayalam.

Over a period of time, we'll become very familiar with the combinations and won't need much processing time to "figure out" what are the letters combined in this "figure"

Like I mentioned in the previous post, the max possibility is adding a couple of same or different consonants, then one of those y/r/v sounds and ONLY ONE vowel! (Obviously you cannot add more than ONE vowel to any combo letter).

Typically, when two consonats get added, the resultant character is a "fusion" "sandwich" "alloy" "amalgamation" of the ingradients. As we have seen above, joining ന് and ത് produces the offspring ന്ത്‌ which is "attaching the second one to the RHS of the first one so closely that the "wall" between them is taken out.

On other occasions, the "attaching" happens at the bottom. For example, joining of പ് (p) and ല് (l) begets പ്ല് where the second letter is attached to the bottom of the first one (note Malayalam borrows from Thamizh for "la" (ல) in this case, so I'm using this special case as example).

This first JOIN forms the basis on to which the vowels & diacritics (y,r,v) get added as needed.

Look at some combo samples below and I'll throw in a lot of words in the next post :

I guess we get the idea as to how the fusing happens. It'll be easier to understand when we see such combinations as part of word samples in my next post

Let's have a number of sample words to absorb this combo concept...

Here the letters m (മ്) & b (ബ്) are added to get this new character മ്പ്. Addition of u / ഉ is not explicit due to "kutRiyalugaram" business. The word gets that sound anyways.

A combination of n (ന്) and dh (ദ്) has resulted in a new character ന്ദ, case of breaking Berlin wall!

I guess the above examples give an idea how the combos happen in the side & top. Like we have seen above, it is not always RHS, sometimes LHS. Also, on occasions, simply removal of a circle etc.

Fortunately, the NEW MALAYALAM SCRIPT uses for less combo's than the older one. As the UNICODE uses the NEW script, most places that one comes across in the web is far easier to read than old printed material (as illustrated by those vinyl covers)!

Before I post some vinyls featuring 'hetero-combo' letters, let us recap all these variety of characters we've learnt to identify / read / type (or write) in this thread:

Vowels in this post, with just English / Thamizh transliterations for quick recall:

First group of consonants - the "K" series (with many derivatives) :

Second group of consonants (CH series) and their derivatives :

ഢ - ഢ (difficult to type other derivatives in google transliterate)

Please feel free to ask if you cannot pronounce / read any of the derivatives above and I can give transliterations / example words...

Now that I have catalogued a number of characters / combos etc, we can start looking at some more vinyls and also have a quiz...

I've so far not talked about the short form for "n(g)" which is simply the symbol "o" that gets used quite often (much like the half-moon mark in HINDI script for "ng" sounds). Example : മംഗളം = mangaLam / மங்களம் / मँगलम. One can see that the small "o" after മ is not fully pronounced as another "m" but as "n". In other words, here മം is not pronounced as "mum" but pronounced as "mun" as the next letter is ga / ഗ. This way it makes the sound of "n(g)" rather than "m(g)", much like in Hindi.

This is typically in OLD Malayalam script and cannot be typed in Unicode. That is, a simple SPOT on top of a letter will add the consonant "R" prior to pronouncing the letter. For example, for "rg", the unicode format is "ര്ഗ്". However, in hand-written or otherwise format may simply put a spot / period (puLLi) on top of ഗ and it should read "rg". This is similar to the way things are written in Devanagari / Hindi, where R is replaced by a symbol on top : र्ग

I want this post to be taken note of by all, as these are important rules to understand in reading Malayalam.

OK, here we go with the last set of vinyl covers that I intend to post in this thread...

First one, to illustrate #2 in the post above is this :

One sees a separate character for r in the unicode but on the vinyl cover, there'll be only a spot on top 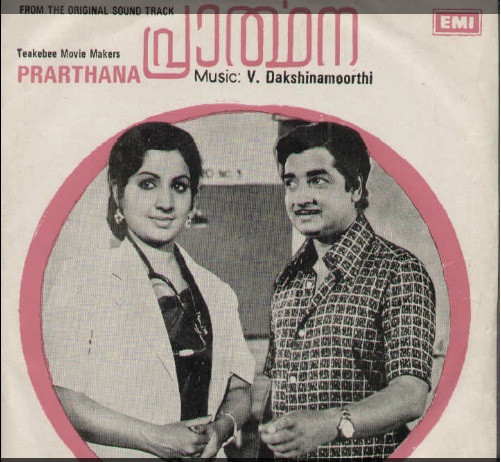 Now, a vinyl cover with Unni Mary, for illustrating 'ngka' : 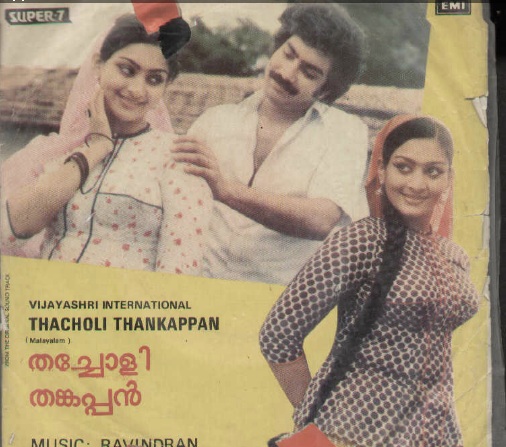 This must be an easy one for Thamizh reading people, but the vinyl cover is in OLD MALAYALM script and could throw in a minor variance, adding "ma" at the bottom to "ksh" as an all-in-one character (and thus an additional challenge) : 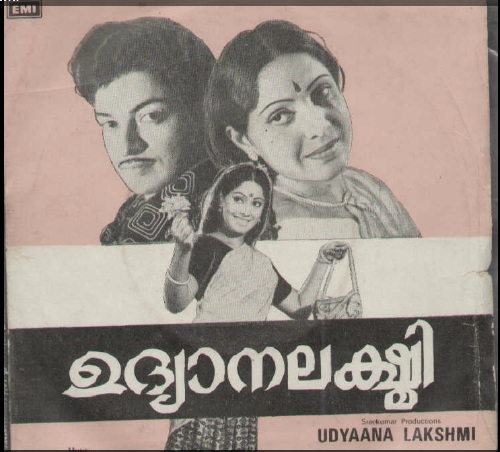 An easy case of "unicode meets vinyl" to illustrate "nma" : 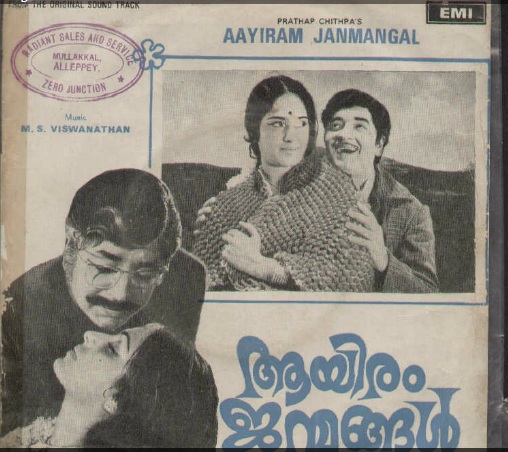 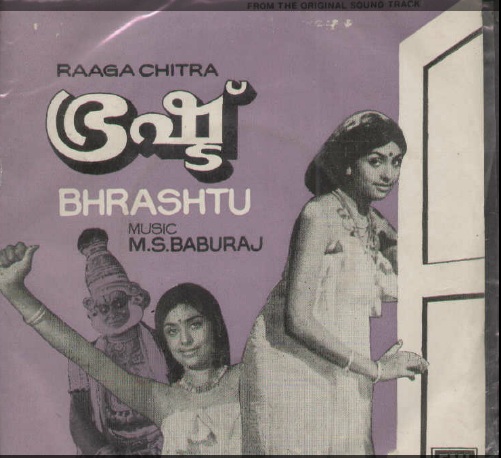 This one is easy, illustrating "nj+cha" : 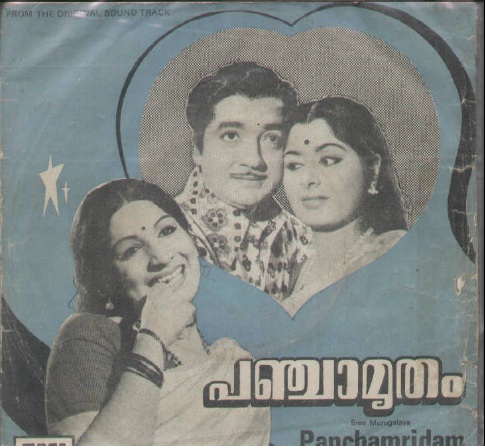 Look at this hetero-combo of k + tha, if one is not careful can mistake it as "kka" : 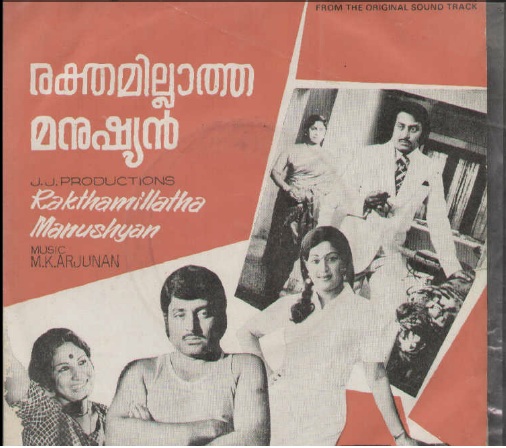 So, while not all vinyls are selected with "special care", I hand-pick some to illustrate specific points! 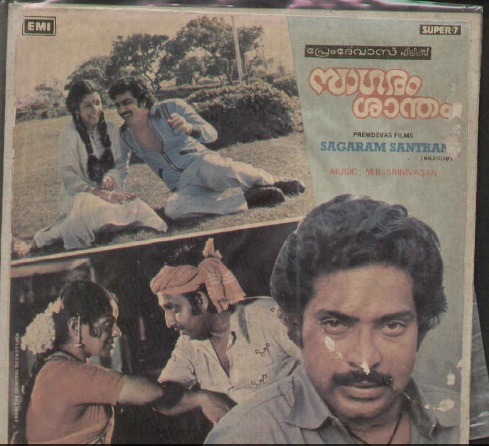