Really proud of you!!

Thank you saar, all under your guidance.

For people who are familiar with Hindi, the grouping of consonants in Malayalam won't pose any problem as they are about 99% same. The only exception that I can think of is the la / La / zha / ra/ Ra business that Malayalam inherited from Thamizh.

OTOH, for those who know only Thamizh & English, this grouping could be something new to learn - though not very difficult if we follow thru regularly in this thread

The current Thamizh of course has a new character to handle that "ha" sound - ஹ...however, that's out of topic for this lesson)

The fifth alphabet in this group is "n(g)a" which is the second consonant in Thamizh after ka : ங

Please note that the characters shown above are not consonants themselves but added with additional "a" sound. So, these are actually combination of consonant + vowel (uyir mey).

For the pure consonant, the above characters will have a half-moon-like symbol on top :

I'll post some words to exercise & familiarize with this family separately, along with any vinyl covers I can get hold of

But watch out for the next one ഖ which is exactly same as Thamizh "va" but sounds "kha" in Malayalam!

Also, it is better to familiarize with doubling of consonants at this point of time as it'll help expedite the learning process

Combination of same letter (homo koottezhuththu) is used extensively in Malayalam, much like Hindi. Let us look at such combinations for this group in this post (such will be applicable to most groups and the concept will help very much going forward).

We know ക് + അ = ക and that's how we arrived at the first set of characters in this lesson.

Well, we have one more from this group :

(I'm not aware of "doubling of the other two", namely ഖ & ഘ. If anything, it's very rare to see in real life. OTOH, those are combined in other ways, which we'll figure out later when learning what I'll call "hetero-combo"

There are "old" and "new" style scripts in use in Malayalam. Though most websites use the new style, it won't be unusual to encouter some in old style.

Also, in printed media / handwritten form, people may still use old script. We'll cover here and there such things but due to limitation of resource (I use only google transliteration tool), I won't be able to show all the old style characters that may come up in vinyl covers

That way, don't be surprised if you come across ൿ instead of ക് - both are same. The half-moon style is the new script and unicode.

For ങ, let me use the more popular "doubled" form that occurs in the middle of words (and not in the beginning) :

So they use periya 'Ra' for ROshan rather than chinna 'ra'. Good to know this.
nnga is more complicated.

Since I am able to write and read hindi (not very fast), I think it should be little easy for me to follow almost similar grammar (4 kas) in malayalam.

Thanks app ji for the consonant tutorial and the corresponding words and the intricacies. Will practice at home.

As we are now into consonants, there won't be many vinyls with first letter of titles from our current lesson.

Accordingly, I'll be highlighting in different color the letter as it occurs in the movie title

You may notice the difference between how unicode does the "r -ര് " and what's there on the vinyl (just a dot on top of ജ, which is old style) 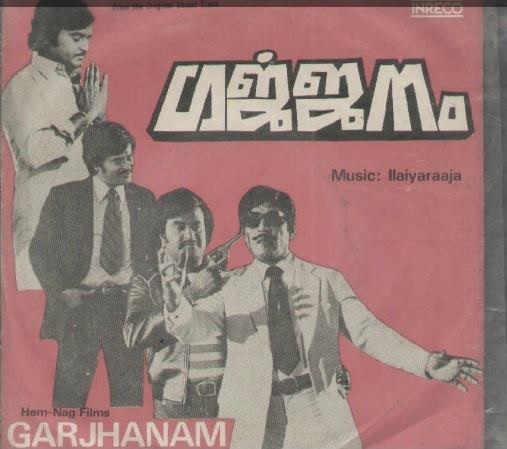 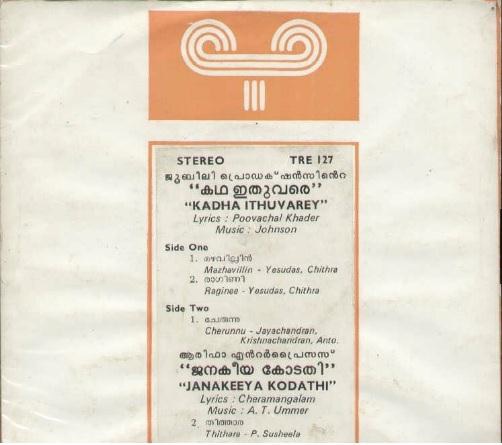 Here you see another form of the same consonant r, it's not ര് or റ് but ർ 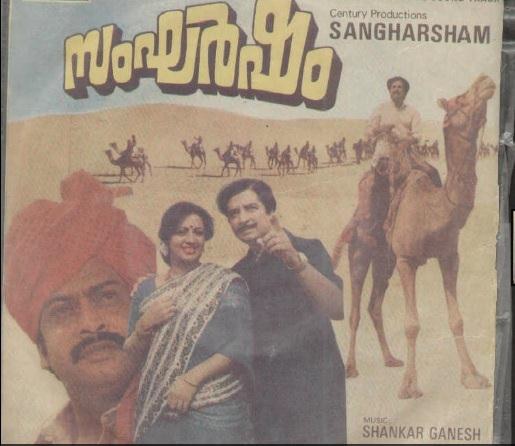 Sample for the use of " ക്ക" 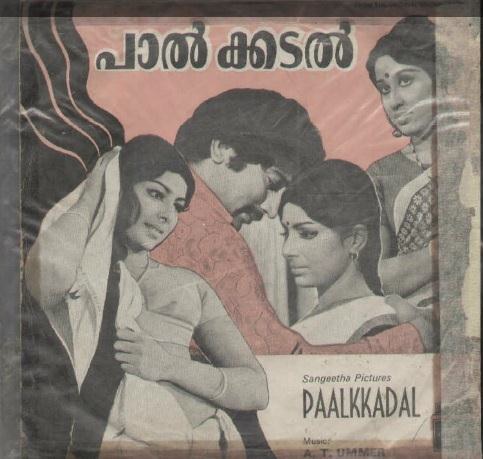 Interestingly, most have ഗ (ga) occuring in them 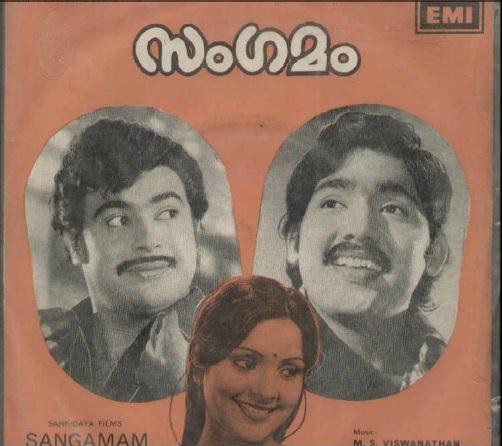 Also another, which is very similar but another prefix : 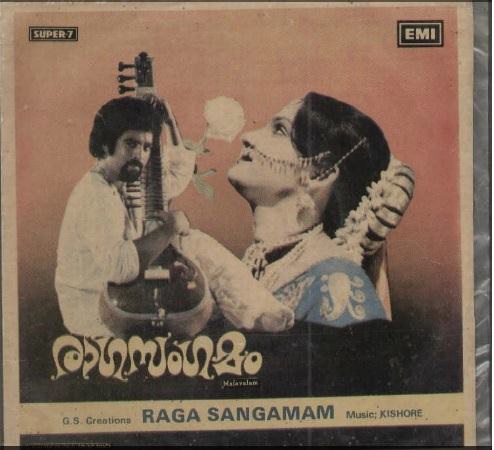 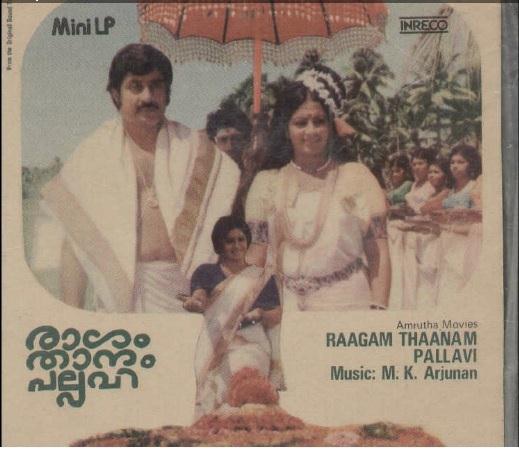 One more for the letter ഗ :

Please note it is not gAndhi (thAththA) but gandhi

I think it means the flower (we had it in our garden at Palakkad)... 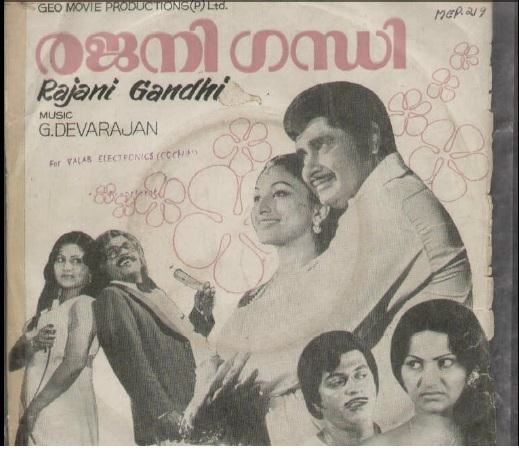 Let's have one for our ക appearing in the middle of a word... 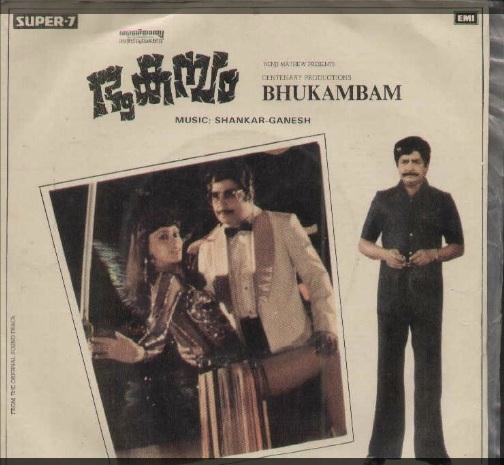 We have discussed only the combination of the vowel അ with consonants so far. That is typical for Thamizh / Malayalam & Hindi. This is because pronouncing just the consonants won't be easy on the tongue or ears.

One of our school teachers tried that - but adding some extra syllables and making it sound musical, like ikku-ingu-ichchu-inju-ippu-immu etc for the Thamizh consonants க் ங் ச் ஞ் ப் ம் but I hated it those days

For me the other style was a lot more musical & palatable :

That way, the letter അ goes with consonants by default during alphabet learning. (I guess it's the same way with other Indian languages derived from Sanskrit as well, such as Gujarati / Punjabi / Bengali / Telugu / Kannada).

Well, it's customory to teach later the other vowel combinations. i.e.

Since we are using the vinyl covers (and other pictures) as a tool in our learning, I want to also insert the "other vowel" combinations a little early.

That is, I don't want to wait to cover ALL the consonants and then get into this combination with vowels.

Since the new Malayalam character format (as well as unicode) has simplified this combination business a lot, I would like to run that part right now - i.e. before we get into the next group of consonants by the end of this week.

So, I plan to run some of these combos thru out this week to expedite the learning process

Watch out for the simplest one in the next post, combining ആ with consonants!

Combining the second vowel ആ with consonants is exactly similar to how it's done in Thamizh / Hindi.

That is, first add the short vowel അ to remove the halfmoon mark on top.

Then, elongate the "a" sound to "aa" by adding another, extra symbol on the RIGHT HAND SIDE of the character.

Let me illustrate with kaa (കാ) :

First we have this consonant "k" = ക്

When we add the first vowel, അ, it becomes ka = ക (Look, the halfmoon on top is gone)

When add the second vowel ആ, or for that matter any other vowel to a consonant, the first step is to remove that "halfmoon" symbol and then do the second step.

In the case of ആ, the second step is to add a "thuNaikkAL" (a character called "support column") to the right.

Yes, that is the same one!

So, for adding the ആ sound to any consonant, we need to have that support character on the RHS!

Look at the following for the group that we've learnt last week :

, but this is the way to addthat extra pillar on the right)

I have a vinyl picture to illustrate this : 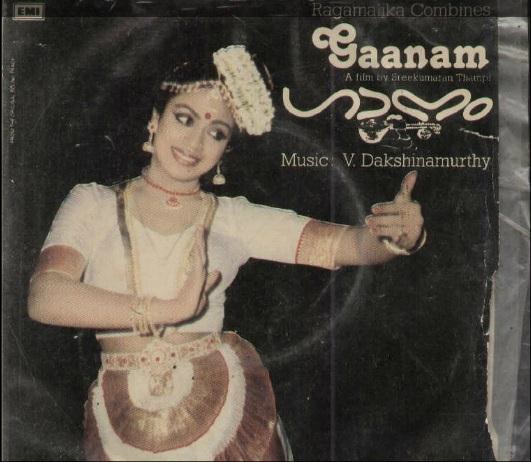 Extending the concept of ക, കാ to the addition of next two vowels ഇ & ഈ now...

Please look at the following consonant + vowel combinations to illustrate this alliance :

As we can see, the first step is same - that of "removing the half-moon symbol" from the top.

The second step is very similar, add a symbol on the right. One for the short "ഇ - i" and another for the long "ഈ - ee".


The symbol is very similar in both cases, a hook that looks like the walking stick. Just that the longer sound also has a small bulb on top

(For those who know Thamizh, it's kind of inverted. There the same letters are கி கீ where the "bulb" is in the bottom of the walking stick and the stick significantly shortened

In Hindi, the walking stick is placed in left for short sound and on the right for long sound, complicating things...कि & की )


Let me do this combo business for all the 5 consonants from this group :

Once I get hold of some vinyl picks, will post here 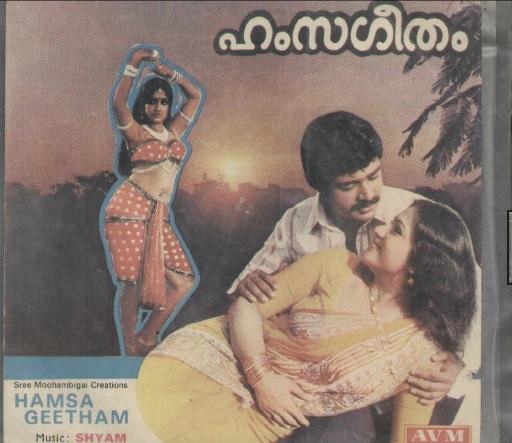 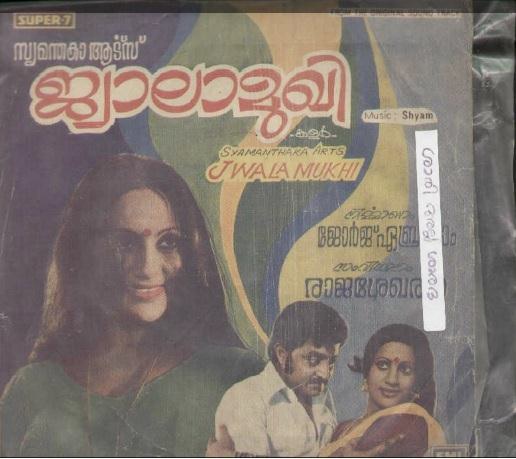 In the next vinyl below, we'll find a minor variation from what we've seen in the above two pictures.

Those two were single consonant additions to e/ee vowels.

The one below has consonant doubling i.e. kk - ക്ക് AND adding to the vowel ഇ: 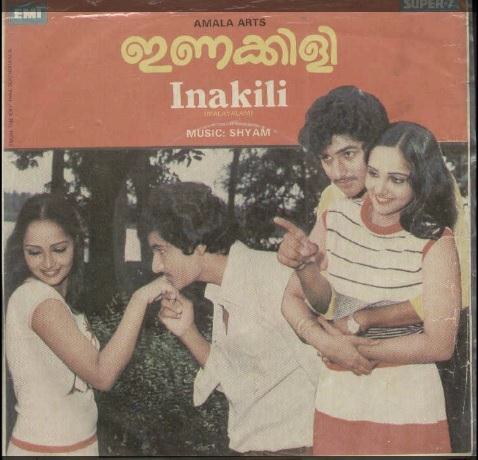 Now, it's time for the alliance with ഉ ഊ !

As anyone familiar with Thamizh and Hindi knows, it's always tricky alliance for consonants when they deal with these two vowels (உ ஊ / उ ऊ ). That is because the resultant characters may follow different visual patterns

It used to be that way in Malayalam too (actually much worse) in the "OLD" style of writing. Every combination produced some new kind of character and one had to remember many.

However, with the "NEW" style, they've standardized by a simple RHS addition of "walking stick with a single or twin bulb at the bottom"

That is what is used in unicode also and we'll learn that here.

WARNING : OLD STYLE IS STILL USED IN SOME PRINT MEDIA / VINYL COVERS ETC and you may have to familiarize with those as needed. Please feel free to raise doubts in this thread and I'll be happy to help / explain / clarify

I don't, however, plan to spend energy formally teaching the old style at this time.

OK, here are some samples of consonants alloying with ഉ ഊ by adding in the right hand side a "walking stick with bulbs" :

Likewise, let us build for the other consonants of this "ka" group as well :

Though I said earlier about not teaching old style, would like to add a tip here :

In OLD Malayalam letters, they added just a single bulb or twin bulb below the letter in many cases.

In some other cases, they added an extra dent for kuRil and a whole round in the bottom for nedil, much like Thamizh (that is, like that ஙூ).

Look at this vinyl :

Focus on how both ഗു and ക്കു characters appear in the OLD style on the picture: 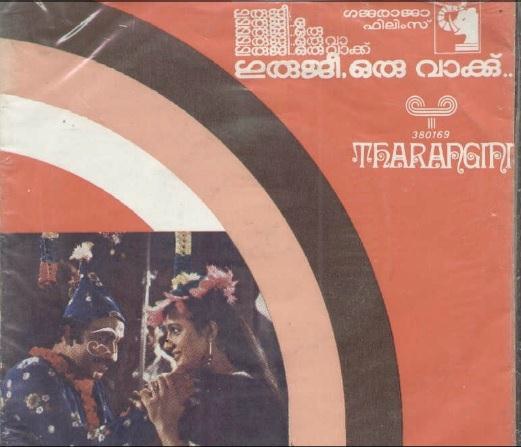 Thanks a lot app ji. I have at-least written down all the alphabets you thought.