When I heard his voice in the latest interview on FM it saddened me a lot. Even there, he was having huge respect of BR. He was crying to BR to forgive him. I don't know the exact context of BR's interview, but it was too harsh the way BR put it and AV should not have published that.
_________________
Art is a lie that makes us realize the truth - Pablo Picasso

Actor Sivakumar summed it up well while paying respects. Manivannan is one of the very few directors to show that much variety in each of his 50 films. There can be no better political satire than Amaidhipadai. Heartfelt condolences to his family and friends.

Of course, there are some mikaippaduththalkaL.

find it extremely uncomfortable to talk about demises. I’ll make an exception now.
Manivannan was one of the few Raja loyalists among Tamil directors. In the sense that, while he didnt, and couldnt use Raja for all his movies, he had that underlying fandom and loyalty as a fan. Even as recent as Amaidhipadai II release, he exhibited that.
Another reason I make this exception of not penning obituaries is my own agenda. One of the main reasons I am in internet is to register as much as possible the venomful and deceitful agenda of a certain group which has been spreading canards about IR since 1992(actually, a little before that but that’s roughly the date when these noxious forces intensified their propoganda war). And Manivannan was one of the very few who have been speaking their mind against this set of cold-blooded liars.
I dont believe in billi-soonyam but the way supporters of IR and those who speak out against this gang have been kicking the bucket or being marginalised by fate, I wonder if this gang is cosmically powerful, too.
Just a few weeks ago, Manivannan tore open the true colours of Bharatiraja in Amaidhipadai II audio release. And within a few weeks, this happens.
Boy, I hope this gang doesnt read my opinions against them, which I have done quite viscerally and widespread in the internet. Dangerous phlowsbA!
Manivannan wasnt a fine actor – his dialogue delivery was monotonous, and was never believable as anything other than a Coiambatore native. If he considered himself a MR Radha legacy inheritor, he was a poor man’s poor man’s MR Radha, indeed.
What he did have going for him was that within his range, he was extremely enjoyable, and along with Sathyaraj and Gounder, has been part of memorable moments, especially in that unique Coimbatorean domain of Satire, political and social.
As a director, he was an extremely important contributor of the 80s and 90s, with a varied palette of subjects and themes. Lack of technical finesse was made up for with that flair for satire and robust comedy, not to mention a fairly good aptitude to do justice to different genres.
Above all, despite his lack of musical background or training, he had the ears to bring out some of Raja’s best, and what’s more, he ensured that many of the tunes rejected by other directors, were used in his movies as he sought out to Raja to give him tunes rejected by others. He himself recalled this in a reality show he judged, about how he used to be around in Raja’s studio whenever possible, and keeping track of tunes rejected by others, and recalling them later to Raja while sitting for his own movies with Raja.
He also stepped in and made a movie out of Ilamai Kaalangal after the tunes had been finalised – I have mentioned this before, basically, my interest in films started as, and still mostly continues as, being an excuse for holding Raja’s music and giving context, and situational depth to Raja’s phenomenal compositions. Looking from that prism, Manivannan was an extremely important member of the extended family of Raja that exists in my mind.
So, his loss is personal for me and I regret that I will have to continue my internet battle for recording the Raja history against KayBee and Co’s propoganda, without the able support of a knowledgeable and capable insider in the film industry like Manivannan. The further episodes of naming and shaming Bharatiraja by Manivannan – which I was hoping for after Amaithipadai II Audio release – will now never happen. And KayBee, BeeyARR and co will continue their misinformation campaigan against IR with less resistance to their methods.
But we shall march on, and I shall continue to register my protest against the hegemonistic forces led by KayBee, and eventually, Truth shall Triumph. When that happens, Manivanna will have a chapter devoted to him in the chronicles of triumph.

Of course, most other current composers could be seen (ARR / HJ / Vidyasagar / Imman / Vijay Antony)...

The recovered body was sent to the Kakinada hospital for post-mortem, while police are investigating whether this is a act of suicide or murder.

A source close to Ravi Shankar reveals to us that the producer was under a lot of mental agony following the huge loss incurred from the distribution of Maniratnam’s Kadal and also his sinking dairy business in Yanam . Because of his financial trouble he could not even release his banners actor Vishal starrer Madha Gaja Raja for more than six months now.

It seems there was rumor that Kanaga passed away and that appeared in all news sites, now her interview and web dunia apology

Cinema fellows typically teach kids to "love" and rebel against parents, now when their own kids rebel, valikkudhu

JV creates trouble for 65 year old neighbor and gets arrested

Looks like its a dreadful year for the TFM... Viswaroopam-la aarambichu lot of issues, deaths etc.

JV came out of jail and laments 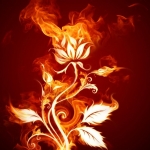 Daughter decides to go with Cheran

Taking on the online avatar of American record producer Nate ‘Danja’ Hills, a person with a flair for Tamil film music has been offering collaboration offers to the Tamil film industry’s best.

The identity of the imposter is yet to be ascertained beyond doubt.

Those who fell into the trap, believing they were ‘collaborating for a Justin Timberlake album,’ include ace director Gautham Vasudev Menon, lyricist Madhan Karky and singer Chinmayi.

All of them had been in talks with the fake Danja, who constantly drops big names. They had the nagging suspicion the record producer, who is famous for his collaborations with international stars such as Justin Timberlake, Britney Spears, Madonna and Whitney Houston, would have such an in-depth understanding of local in-fighting among Ilaiyaraja and A.R. Rahman fans

MSV in a dirty picture

Filmfare posting an old silukku interview wrote:
Quite recently, you were involved in an enforcement case...?

Yes, there is a story behind that incident. I had to go to Singapore on a publicity tour at the request of music director, M.S. Viswanathan. MSV's family was accompanying us. Though I have acted in so many films, I am basically a shy person. I get nervous when I have to address people. I develop stage fright if I have to dance before a lot of people. I agreed to accompany MSV's party only on the condition that I would not be asked to dance. At a function in Singapore, I was introduced to the audience. I said namaskaram and left the stage but the people started clamouring for me to dance. That day I was escorted by the police to the room.

Then MSV came to my room and told me that my fans would not let the programme go on unless I danced before them. He asked me to oblige. I refused. The very next day, without even telling me MSV and his family left for India, leaving me alone. I think that was highly irresponsible behaviour on the part of a senior, respectable person like MSV  leaving a woman alone to fend for herself in a strange land. I somehow persuaded the organisers of the trip to return my passport and I too flew back to Madras.

At the airport, I was cleared by the customs. I had to pay a small amount of duty on some of the things I had brought for me. It was later that some enforcement officials come to check up on me. There were six of them from the CBI I think. They searched all my things, then apologised and went away. They said they had received information that I was smuggling something. I don't know who gave such information. I also don't know what happened to that case after that.

Some people might dismiss the silukku interview thinking "what could MSV possibly have to do with silukku, this is all bogus - simply sensationalist journalism" etc.

They might try to reason that silukku was a sensation during 80's - the IR era - when MSV wasn't much active. That many songs / movies that silukku is well-known for happened in movies with IR music (moonRam piRai / sakalakala vallavan / kOzhi koovudhu) may make later gen think that silukku possibly had nothing to do with MSV.

Just for such naysayers (if at all any such person happens to visit our forum and this thread - either HCMSV fans or youththu MD fans who have only heard the name MSV, apart from being familiar with some of his classic songs), a couple of facts:

-MSV produced a movie called "silk...silk...silk" with silukku in the lead, at the peak of her popularity in TF

-Apart from producing it, MSV did the music for the movie too (udhavi his AsthAna "Joseph Krishna")

-What's more, the movie was directed by MSV's son, Gopi Krishna. Not much is there on the net about this guy. Interestingly, none of the MSV sites talk anything about his progeny, even though they write a lot about his parents / Palakkad beginnings etc. Actually, a vikatan article posted in a blog,   awardA kodukkuRanga, run by a veteran TFMDF-er , is content to mention that none of the children of MSV had interest in a music career. Though his children weren't into music, they indulged in many activities in the film field - production / direction etc and were partly responsible for MSV's financial woes at one point of time.

- Either this guy or another son of MSV got married to Sulakshana (Bhairavi of SindhuBhairavi, the actress introduced by Bagyaraj in thooRal ninnu pOchchu) that ended in a divorce after a few years. Nothing wrong in it, just to reinforce the point that the sons of MSV were quite active in filmi circles, including producing / directing a movie that advertised silukku as the #1 attraction.

Since the interview is timestamped 1984, such a show / mishap etc were very much possible a little earlier when silukku was close to MSV family.

That movie silk silk silk was a 1983 product per youtube and other web resources. I know it came during my college days but don't remember the exact time. It had some silukku-based publicity prior to release but went without a trace. None of the songs anybody would remember.