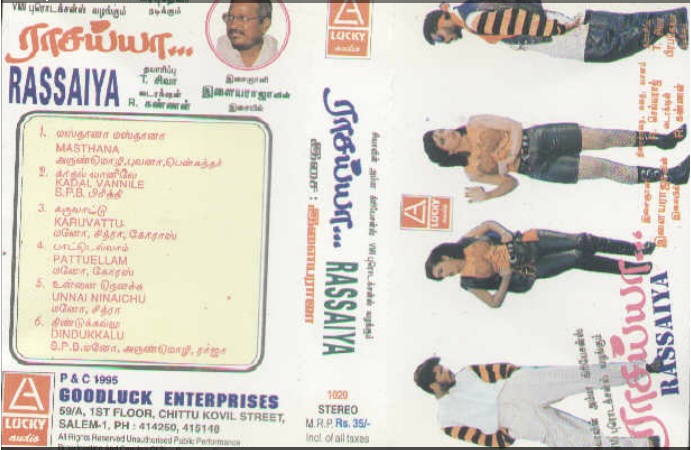 sambhavam, Priyadarshan movie (another rare case of rAsA pic not on the sleeve) 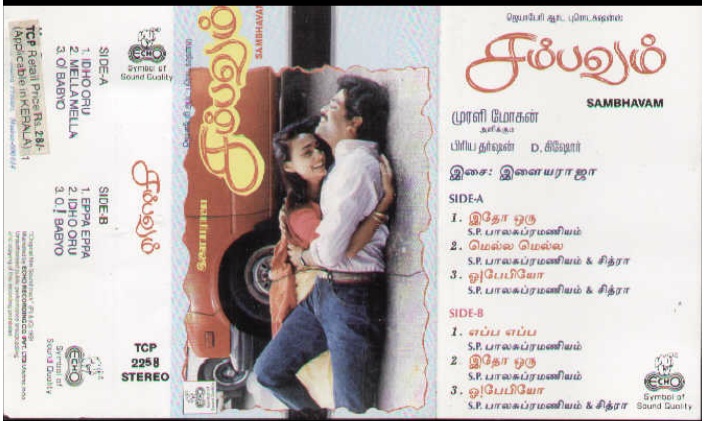 Sethupathy IPS - one of those many Vijayakanth brand cop movies I think... 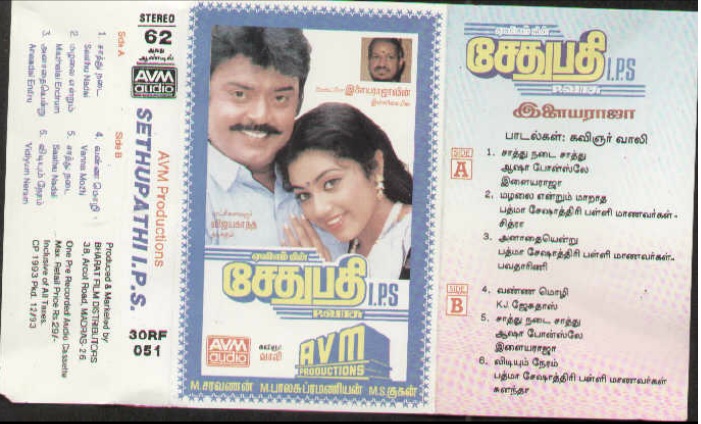 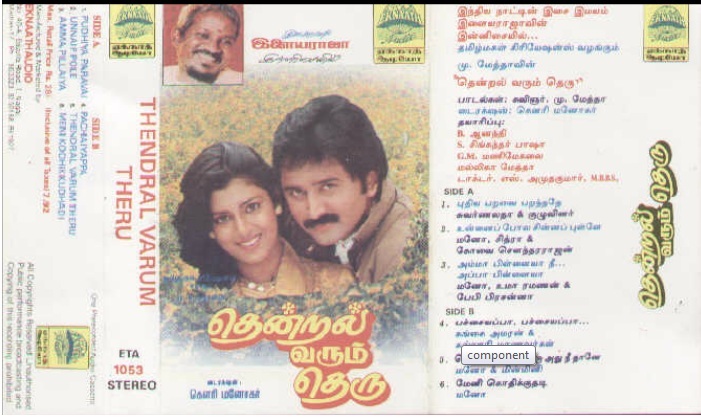 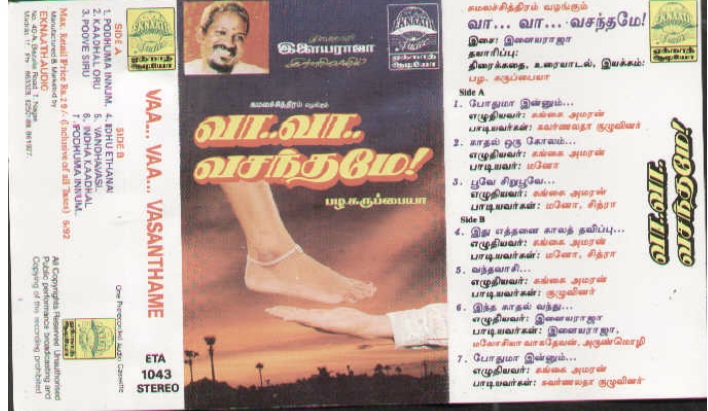 A rare vinyl cover has been sent by e-mail by our long-term IR enthusiast...it's my kadamai to post here 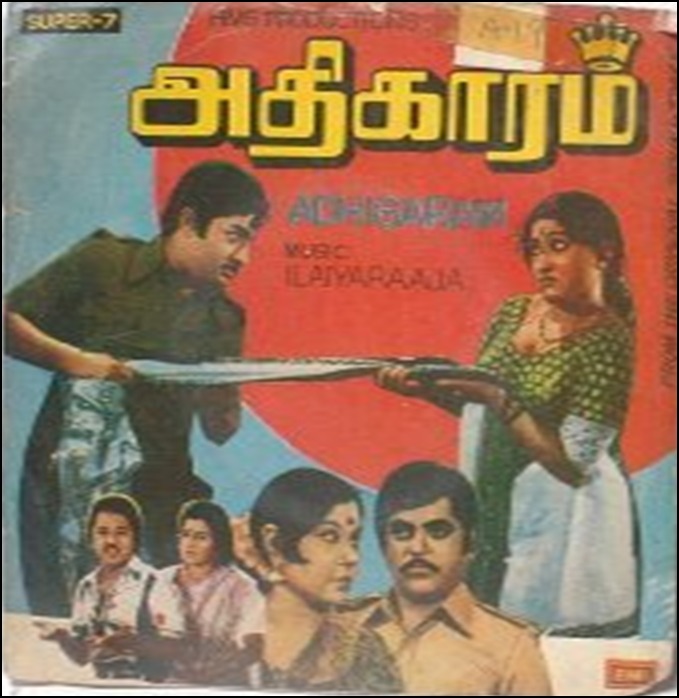 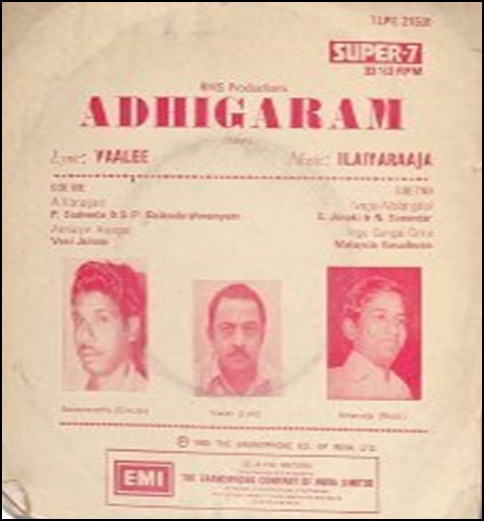 Two more movies in that 'AVM-rAsA-pic' format and no special picture : 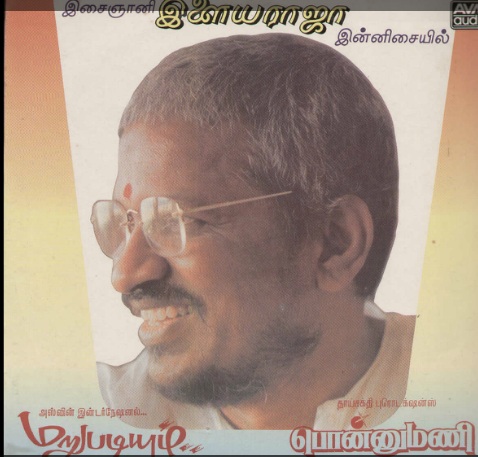 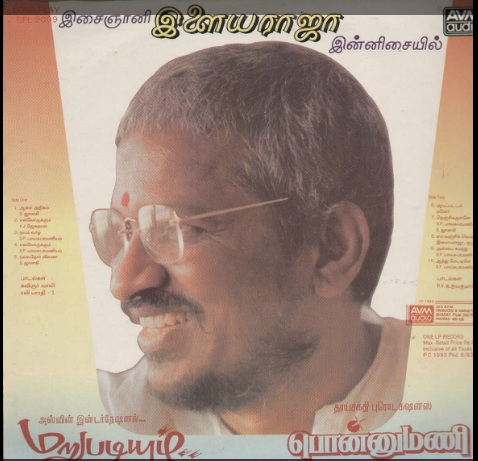 They have some interesting details as to lyricist / singer for some of the movies that have not been covered in this thread...e.g. manjaL nilAvukku inRu orE sugam of mudhal iravu is by Kavingar

Let me post them one by one (I would like to list the songs in this thread but won't do that due to paucity of time)... 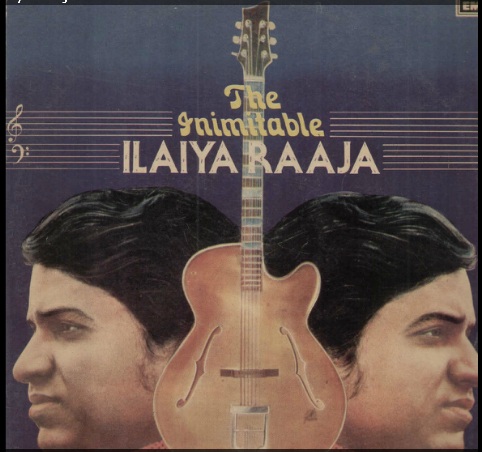 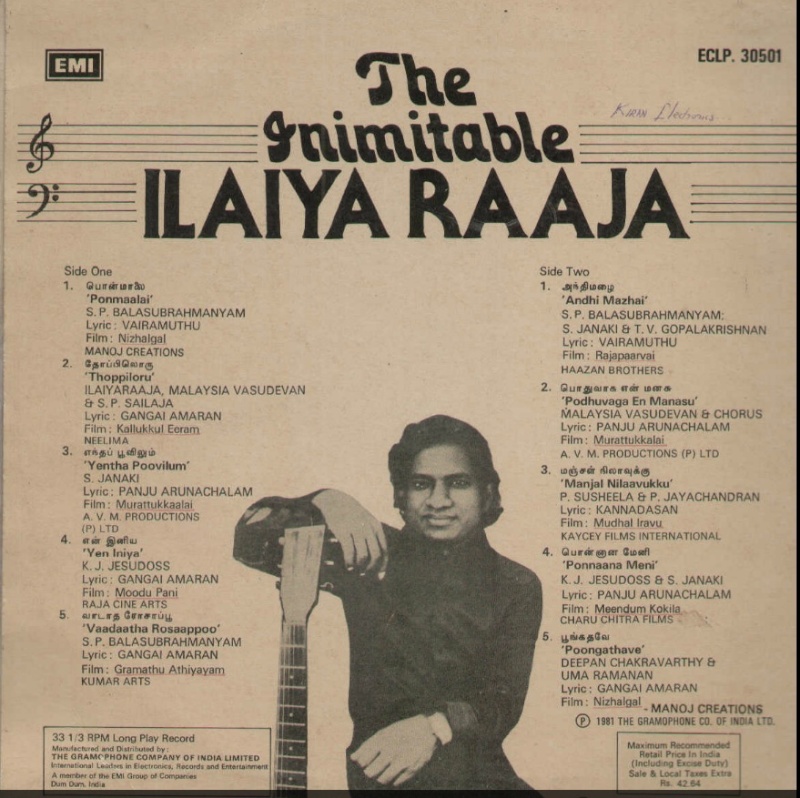 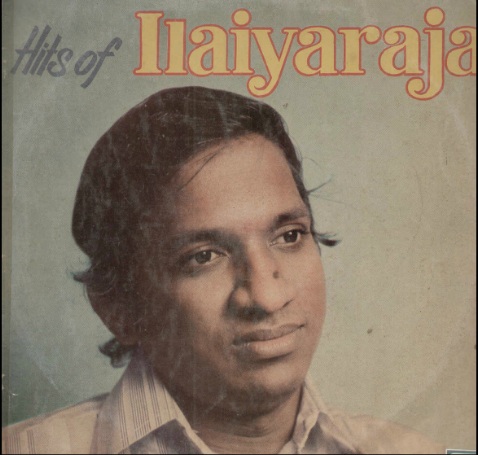 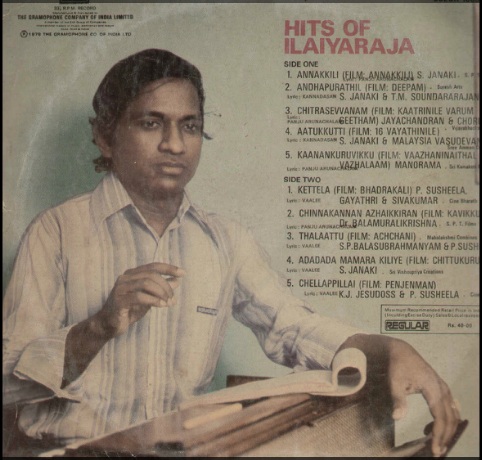 (With Kamal's picture on the disk, though not all are Kamal songs...) 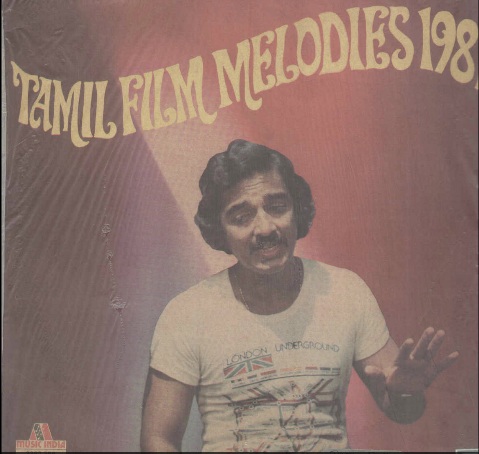 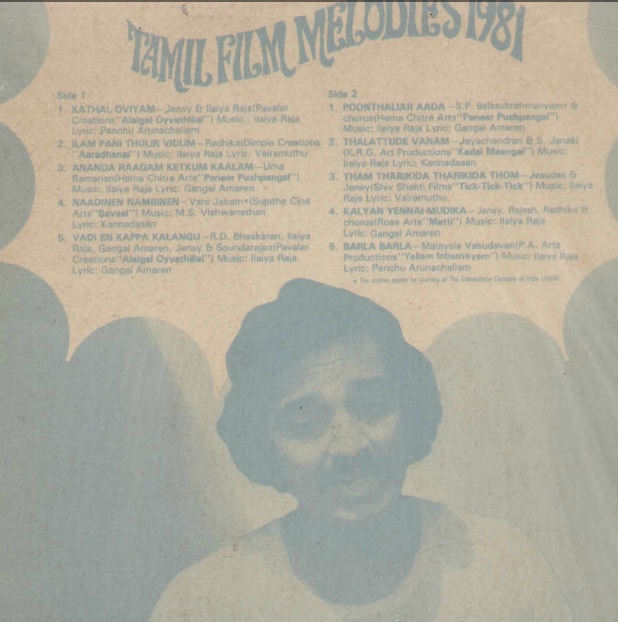 No other solo composer can possibly claim to such dominance in TFM history! May be MSV-TKR duo in the late 60's...but KVM had always been among a lot of biggies during that time; he continued to be among biggies after MSV started alone too.

If there is a doubt, here is another vinyl

Let me post this "popular melodies of SPB" in the debut year of IR, 1976...I can post it in this thread because it has the 'oru nAL unnOdu oru nAL' sweetie of uRavAdum nenjam, though all other songs were not by IR.

It somewhat showcases the varied competition in vogue at that point of time when MSV was the preferred composer for the two biggies (MT/NT)!

More importantly, this vinyl cover is a small substantiation for my once-upon-a-time-claim-in-the-hub, about SPB's phenomenal rise being aided with the advent of IR.

I reiterate, MSV started using him in a big way only after the arrival of IR! Until then, he was just ஊறுகாய் for him, with TMS & KJY the main course (even PJ got plum songs in moonRu mudichchu, the Kamal hit by KB). 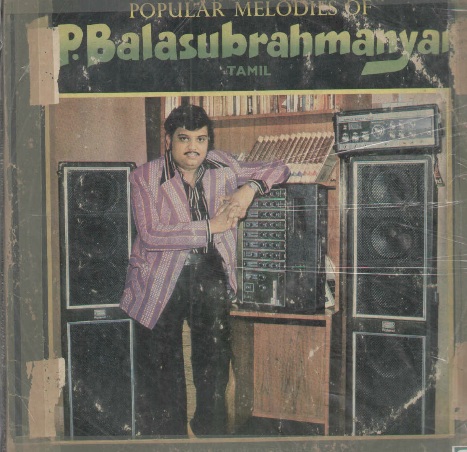 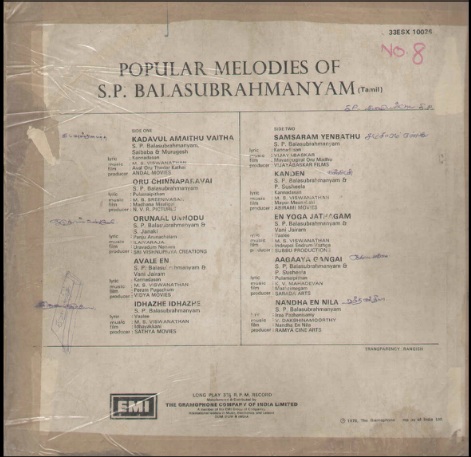 At this point, I'm done with all the TFM vinyls available at musicalaya.net

I guess it is time now to go back and fix all the "missing links" for the pictures, starting from the beginning...will take a while but I'll get there eventually!

Also, if I come across any other vinyl cover, that will be posted immediately in this thread!

I would like to thank now for all the encouragements!

A big 'THANK YOU' to musicalaya.net!

(I'll zip all the pictures when I have some time and place it in a web-share-drive too, for our regulars, to have a personal collection)

All 800+ pictures are zipped and posted in a share drive (about 70MB):

BTW, I've started fixing the "broken links" (i.e. missing pictures) and should complete by the end of the week...

That was a monstrous effort App ji.

BTW, I've fixed the missing pics in first 7 pages of the thread so far (imageshack has simply dropped too many pictures

Well, all should be done in a few days

As of now, no broken links

However, with imageshack one cannot be sure as pics get dropped every now and then.

But I don't plan to host everything in the new one (servimg)...too much work

We'll fix as and when a pic gets dropped...

Kameshratnam Sir not only gave the answer, but also landed me in this nice site :

Since these are staight pictures, I don't have to do "printscreen" stuff (as in the case of handling video files that musicalaya hosts).

Simply point to that site / link...(for reference in case the link gets broken in future, I'll also save a copy on local machine and add it to the zip once all in this site are collected!)

For now, here is meeNdum oru kAdhal kadhai, the lovely 'adhikAlai nEramE' is written by GA

Vijayakanth's "pon manachchelvan" (How many movies he did with Shobana? Per thiraippAdal, this is a 1989-er)

There is a 1994(thiraipaadal says so but doubtful, vinyls died by then...also, pic shows Roobini - so must be 1990 as some other resources show) movie by P Vasu, featuring Sathyaraj...

The disk has "Goundamani-Sathyaraj comedy"

(never heard of this one before

Another Vijayakanth movie (this one also seems to have mu-ka in the mix)...

I love the PS thAlAttu in this album, so enjoyable! (Got that one alone in a CD somehow)...

A Prabhu movie from 1989, ninaivuchchinnam...

'vaikAsi mAsaththula' is a nice song, very familiar (I think it got featured in the SPB-IR thread)...written by GA