AF,
Thanks a lot for your views and recos on the films. Wow! You have watched almost every film.

Great passion! Let me see how much I can watch given till end of this year.

Uniquely Funny film. Lots of nostalgia moments. Lincoln financial field, Comcast One cente and lots of other roamed around places. The Llanerch Diner where the date happens is <4 miles from the University I've been and the place I lived. The movie happens in 2008 according to the game results said in the film. Loved the epic retort by Pat Sr on what's more american than a cowboy to the punk ass Dallas fan. Very good acting by Jennifer and Cooper. The crowd loved the film. I really didn't expect an half filled theatre in Sathyam for this fim.

Indha localite / personal connection caveat ellaam thEvaiyE illaingREn.. SLP is the best film among the ones I have watched last year. Including Django.

The Master has been watched. Sucks one into it right from the first scene. And one brilliant scene after the other unfolds. Up until the long curing session in which Phoenix keeps talking to wood and glass. After that the film loses its grip and rambles aimlessly. Last 30 minutes or so is very unlike the rest of the film and they bring the film down considerably.

Brilliant choice of actors (Phoenix, Hoffman, and Adams) and they belt out fantastic performances. Haven't seen Lincoln but I think DDL was plain lucky that he bagged the role of Lincoln which came with an academy award as part of his remuneration. Phoenix's controlled performance and his body language are sure to leave one speechless. Does full justice to the unpredictable, mentally troubled, master to servile to master character arc. And Hoffman is even better. The erudite master kept on digging deeper with his character with each passing scene. The subtle yet wicked Adams was a delight to watch. Somehow reminded me of nurse Ratched.

PTA is in great command of his craft and shows extraordinary control. For the most part. Almost undoes all the good things about the film towards the end.

Thanks Af and Nerd for your reviews on SLP and The Masters. I checked in Costco here, they don't have The Masters DVD yet. Will check in other shops.
_________________
Art is a lie that makes us realize the truth - Pablo Picasso

V_S if you are really interested in an recommendation, start watching Breaking BAD if you haven't already. I warn you like page turners for books this stuff will make you watch an episode after an episode until you finish.

Michael AF wrote:V_S if you are really interested in an recommendation, start watching Breaking BAD if you haven't already. I warn you like page turners for books this stuff will make you watch an episode after an episode until you finish.

the person who posted this comment is a living example to support af's point.

Thanks AF and SS for the recos.

I have been hearing from you guys, Nerd, k_g in the hub too about this. Didn't get a chance to watch. There are many now in my plate to watch. Will sure find some time.
_________________
Art is a lie that makes us realize the truth - Pablo Picasso 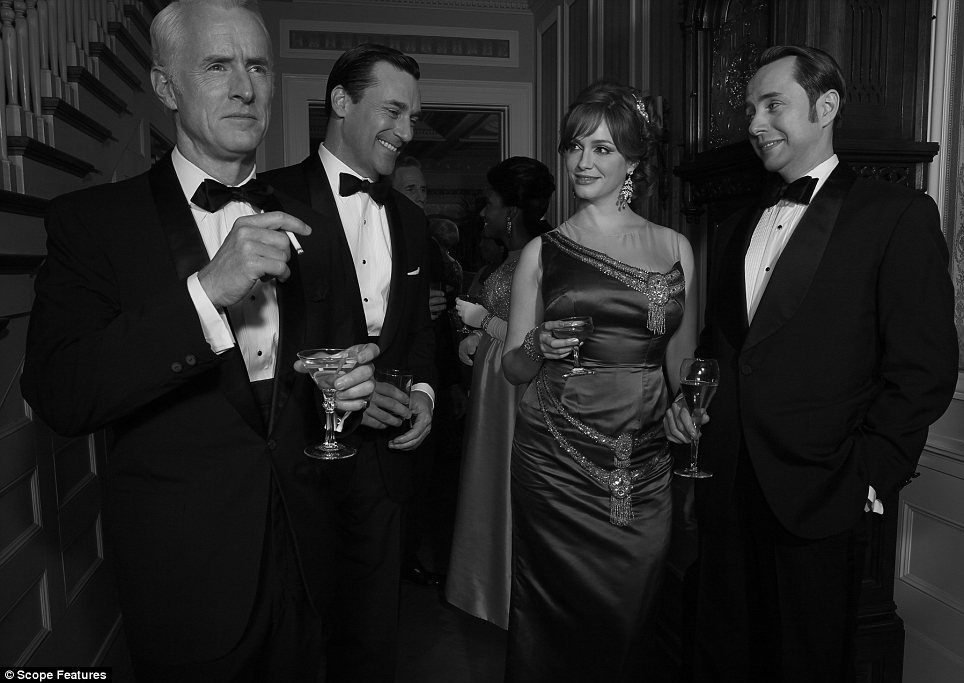 Saw it. Waiting for some 'real' promos videos..

kid_glove wrote:I'm busy watching Suits and Person of Interest when I'm not busy working for money..

nadri for PoI recco, gave up on it initially after reading the premise which sounded a bit from minority report procedural and Tru Calling.
Ex CIA Jesus sounding more and more like Batman

like the Matrix twist with the whole 'bad code' and Root

though
the show will gain immensely with less of Jesus and more of Harold and Root.

Suits - What Mad MEN has been for advertising, the creators have tried to do the same for lawyer profession. Only a couple of notches below. Still Gabriel Macht is trying and the new kid his associate is quite good.

Anger Management - Good. Good to see Martin Sheen has a role in this and father and son's real life roles are reversed and they both do well. Good to learn a lot of anger management techniques on the sitcom. Kate and Jen are good and so is his daughter Sam.

Dexter - Season 7:. The BEST thing about this is both Debra and Dexter can act. Still interesting. Dexter is great when he says he needs to kill somebody pretty soon after being continously interrogated by Debra. And bonus is Yvonne Strahovski.

finally got to complete Akira's take on Prince Myshkin, this movie wouldn't make his top 5 still to think this was filmed in-between Ikiru and Rashomon

movie setting in many ways an antithesis to 'Stray dog', my gripe with the movie is that many of the complex characters in the novel
been reduced to minor roles, that could well be down to studio cuts but to get Kinji Kameda play a war veteran doesn't really sit well with the character though 'The idiot' is one hell of a template for a velanthi manithan/outsider to the society and TFI has completely beaten this template to pulp

as always movie is littered with some amazing cues

Netflix is winning the streaming war

they have added Fringe/plethora of DC comics and Bond movies over last few days though the 007s expire by this month end, with Netflix/Hulu+/Amazon Prime I'm officially calling it quits from torrenting