BTW, this must be for the indhi version :

Music for Ilaiyaraja has always been something that adds to a film immensely and Rudrama Devi is no different. The let down in the form of the translation/reversing takes away from the songs but the BGM keep you interested.

Dubbing but not too bad in Malayalam:

Singer details not available for each song

plum wrote:A few preliminary enquiries regarding why some people felt it was "bad music" reveals that the newly aggrandizing hindu right in Andhra - note how CB Naidu who was anti BJP just in 2004 has gone all indhutva now - felt that the "symphonic" score is too "English" and "Christian" for a indhu saamrajya pourusham upholding movie.

I also wonder if internet reviewers watch the same preview show, and being too lazy or incompetent to have their own views, have an initial chat, and all of them echo the same view. It is rare to see differing views on any movie among telugu film reviewers. They praise the exact same things and diss the same aspects in any given movie.
Now, this could be due to extra ordinary matching of sensibilities or perhaps more realistically, that they compare notes before writing their reviews, and do it democratically.

We have to trace the one original reviewer who started this bad music thing on Rudramadevi. I think the rest are just echoing - what they think - is common sentiment.

I will keep a close watch on FM Channels here in Hyderabad to see how the songs perform among common public.

Funnily enough, I don't think Kakatiya dynasty can be held up as a indhutva glory upholding samrajyam. Sure, they were *probably* shaivite, but don't think there was any history of them glorifying indhutva. This movie itself passingly refers to Rudrama's philosophy as one of sarava madha nalliNakkam.

And if you see, in recent history, you can find Telengana more leftist and liberal than Andhra/Seema. Which  may be because of recent history itself, as in their suppression since 1956 but one has reason to believe Telengana wouldn't subscribe to indhutva agenda as much as Andhra.

OTOH it is the right moment to capitalize and say it is the ancient vedic Hindus who invented symphony harmony etc..
In Srirama Rajyam Raaja had the audacity to use pure WCM instruments and harmony vocals , but intersperse with Veena and sitar at the right moments.. None noticed it or condemned it then..

For the record, I haven't watched Baahubali yet don't have anything to compare. I went in with very low expectations set by the trailers especially the visual effects. My prime reason for watching the movie is for you know who

and those expectations were further fueled by the London recording video.

I liked the movie - story, characters being their true self (Plum's earlier post talks about that in glorious detail). Anushka's performance was quite convincing, Allu Arjun had great screen presence and the other lead actors performed effectively.

Visuals were rich (art dept specifically) and brought back that time period in good detail. All the songs were visualized beautifully except for Auna Neevena which was all done wrong - lighting, location, choreography. This song has taken me to heaven many a times in my previous listens but won't anymore now.

VFX was as terrible as expected and glaringly tacky at times except for very few scenes (the last battle sequence).

Lastly the score - its a magnum opus....as grand it can be at times and as mellow & poignant as well. It's a score that I will treasure all my life. I never found it intrusive in a single scene and never felt that it drowned out any dialogs. Rather, I felt it enhanced those dialogs. The scenes where the music stood out for me - rudhrama realizing that she is a girl, gona ganna reddy's entry, rudhrama / muktamba conversing and coming to terms with their plight (as poignant a score can be).

A must watch for any IR fan and please don't wait for the dubbed version. I doubt if the Tamil version would do justice especially for Gona Ganna Reddy's character.

Good observations on the high points in the BGM. I didn't quite find the BGM interjecting on dialogues thingy that Aakarsh mentioned anywhere. It wasn't, at the least, noticeable, if it existed.

All said, I wouldn't place it among top BGM scores of IR. One of the reasons being the movie rarely hits high emotional points, hence no scope for high emotion in the BGM.
The screenplay goes along without exploiting the dramatic possibilities, and is content to be in story telling amar chitra katha mode, therefore no surprise that the BGM is also suitably generic "symphonic" or "operatic" as disgruntled Andhras are calling it, without really tugging the heart strings.

This mukthamba-rudrama scene that rajkumar alludes to, for instance, there is no drama in it. With such an explosive situation, Gunaa starts it off without drama, continues without drama, and resolves it very easily with the said characters not going through any emotional turmoil. What is left is both characters applauding each other's "sacrifice", in other words, they are living their lies, and they themselves aren't exploring their deeper feelings on this. What emotional BGM can you expect for this?

This is where one must appreciate Raja's ability to do justice to the director's vision. Gunaa's vision may be flawed, because the de-dramatization doesn't add much to the movie, and deflates a possible emotional pay off. But you cant accuse IR of not doing justice to Gunaa's vision here, which is to just touch upon this potential turmoil, and skim it lightly along the way

To you really think Mainstream telugu audiences are ready to invest in a 'LGB' angle in a historical movie.. this goes back to Shyam benegal aesthetics in story telling.. It requires more balls to enter there.. If guna stayed back - that is wise of him to do..

I am sure about one thing. Given that Telugus are asking for Mallepoovu, two years down the line you can see them asking for Rudhramadevi songs and everyone would have forgotten Bahubali's music.

Punnami Puvvai sung by Shreya Goshal is a quirky and melodious track with a lot of beautiful transitions that leaves you reminiscing of some of Ilayaraja's classics. Shreya Goshal's voice perfectly complements the track.

I am sure about one thing. Given that Telugus are asking for Mallepoovu, two years down the line you can see them asking for Rudhramadevi songs and everyone would have forgotten Bahubali's music.

We'll see. While it might  I happily keep siding with Telengana, I will admit that AP is more likely to have mafia than Telengana. Rightist or not, AP is the true mafia state

Good observations on the high points in the BGM. I didn't quite find the BGM interjecting on dialogues thingy that Aakarsh mentioned anywhere. It wasn't, at the least, noticeable, if it existed.

Maybe this has got to do with the quality of the audio system in the respective cinemas you guys watched. Usually, because of the large # of instruments IR uses a higher quality audio systems is needed to 'separate out' the instruments. Maybe that is the reason most of the audiophiles I know listen to IR's music mainly - it sounds really grand .. not just new ones recorded in London/Hungary etc even songs like sendoorapoove. To listen to different kinds of synth drum sounds you dont have to invest too much in your audio :-)

Fellow forumer "Mumbai Ramki" getting quoted on an "international" website

At first hearing I just felt like clicking next button for th enext song.. Perhaps this is because we are being constantly fed high volume stuff for the past many years After reading a few reviews I went back & listened to the songs again.. The songs kept growing on me as I hear them couple of times. Raja once again proved that he is the king of creating melodic songs.. Matha Gajame song orchestration is just mind blowing. The other songs are also apt for the movie context. Every time I hear the songs I find something new which I don't catch in the previous hearing. We truly are missing SP/Janaki/KJY/Chitra combinations who really did justice to Raja's brilliance in the past. Even in Matha Gajame Kher pales in comparison to SP. Undoubtedly, Raja is the god of music who strums our hearts with his songs...

Movie in the news

While, there’s no official confirmation from either DSP or the film’s production house, sources say that they are already looking for his replacement, with Iliyaraja set to take over the reins.

“Since Ilayaraja has composed music for many historical flicks, including Balayya’s very own Sri Ramarajyam, the makers have approached the veteran composer to replace DSP. He is yet to sign the dotted line,” said a source from the film’s unit.

Featuring Shriya Saran as the female lead, Gautamiputra Satakarni is set for a Sankranthi release on August 12, 2017.

There is another website that reports that they've signed another MD for this, so IR is not in.

Initially, the makers wanted Keeravani or Ilayaraja on board, but finally, they announced that Chirantan Bhatt is the music director.

WAS there a rejected score for Rudhramadevi ??

I found these pics in the net, where the sources said that these are captured during recording of backgroundscore for Rudhramadevi, but as the movies's score was recorded in London as per the videos released in the youtube(gunnateamworks channel), does this mean that IR already created a score in Prasad studios which was rejected or was the recordings in Prasad studio was mixed with the score recorded in london or this recording in prasad studio where interludes,preludes for songs in Rudramadevi??
Some one please clear my doubt?? 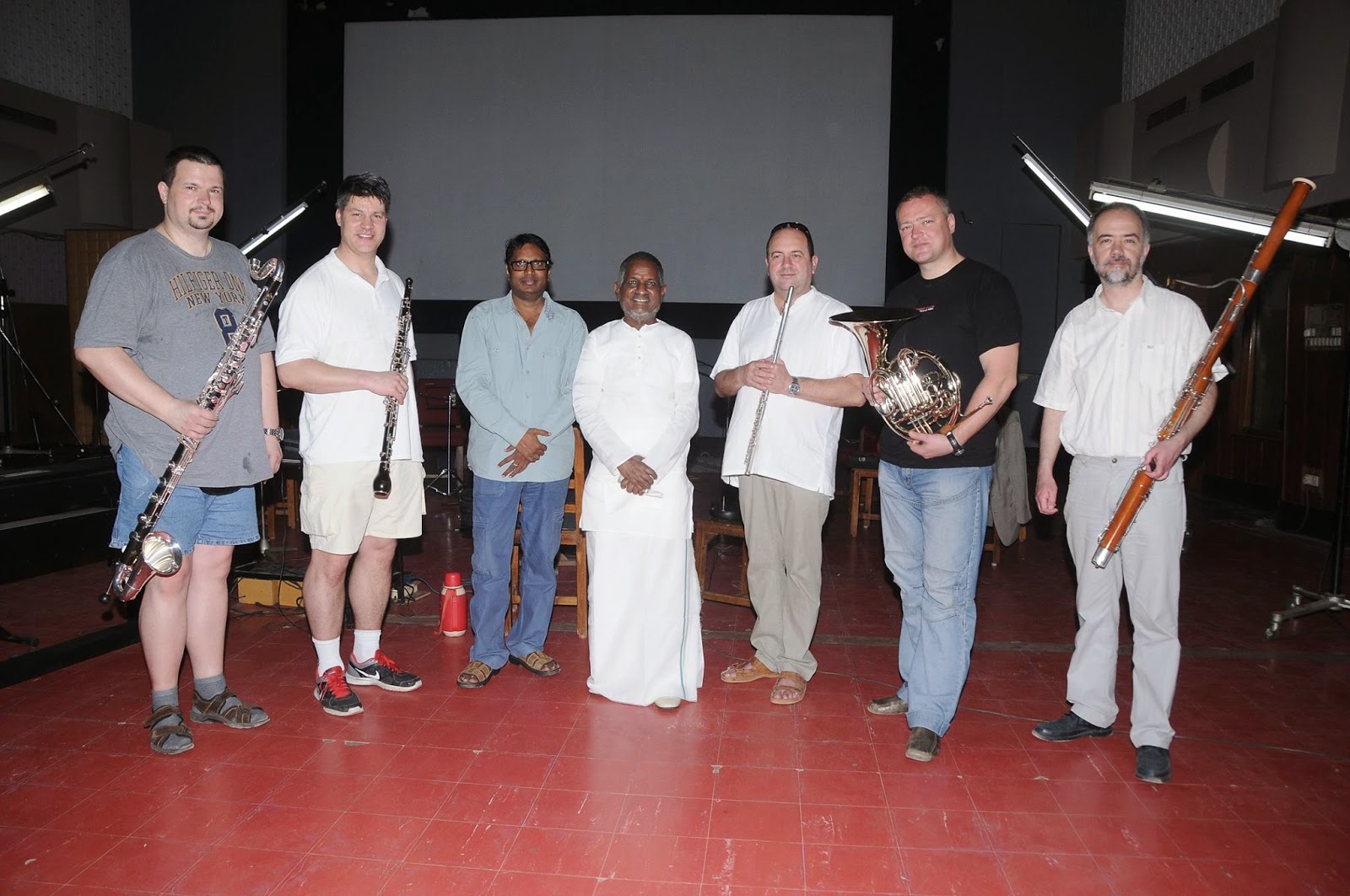 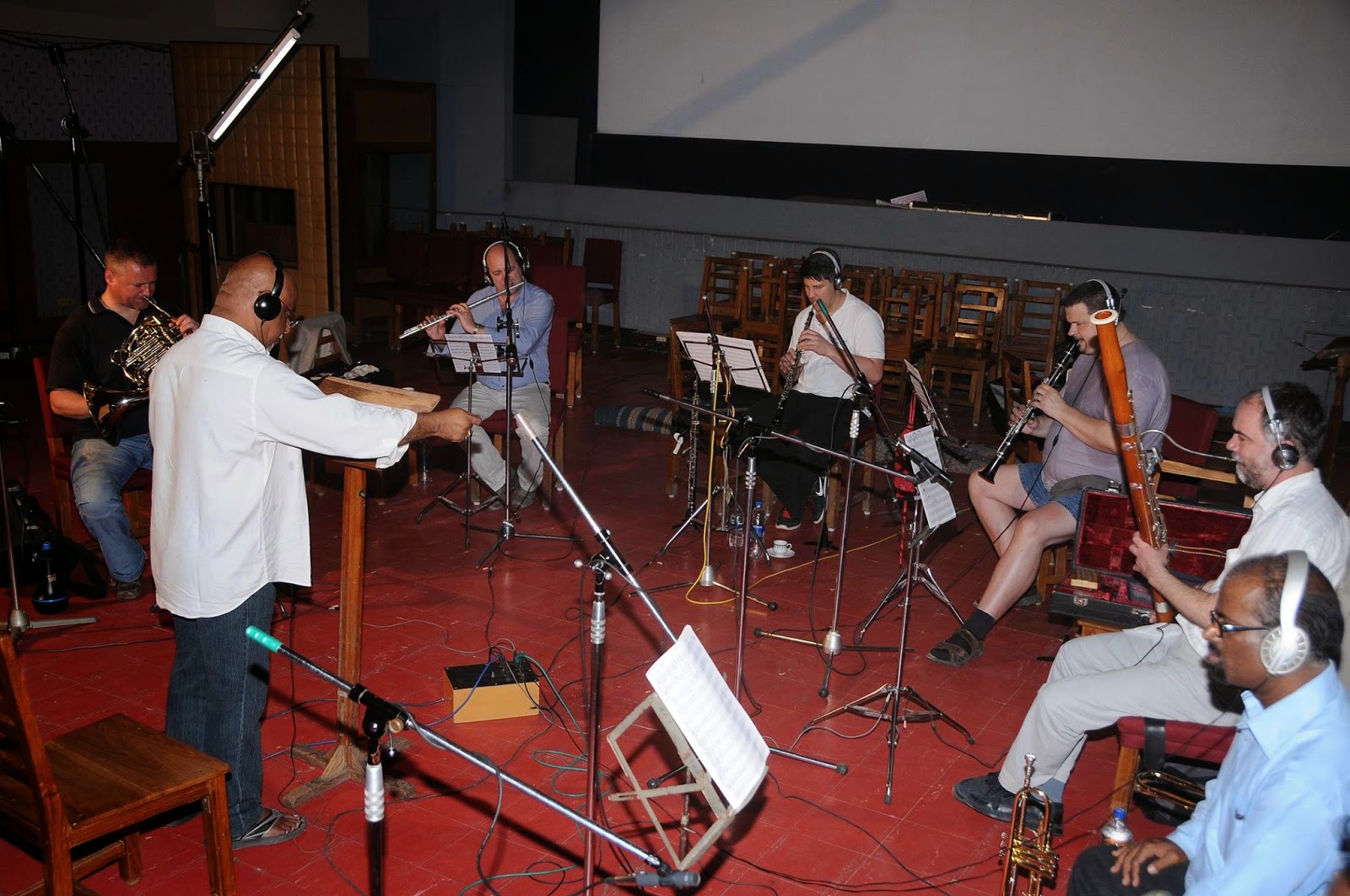 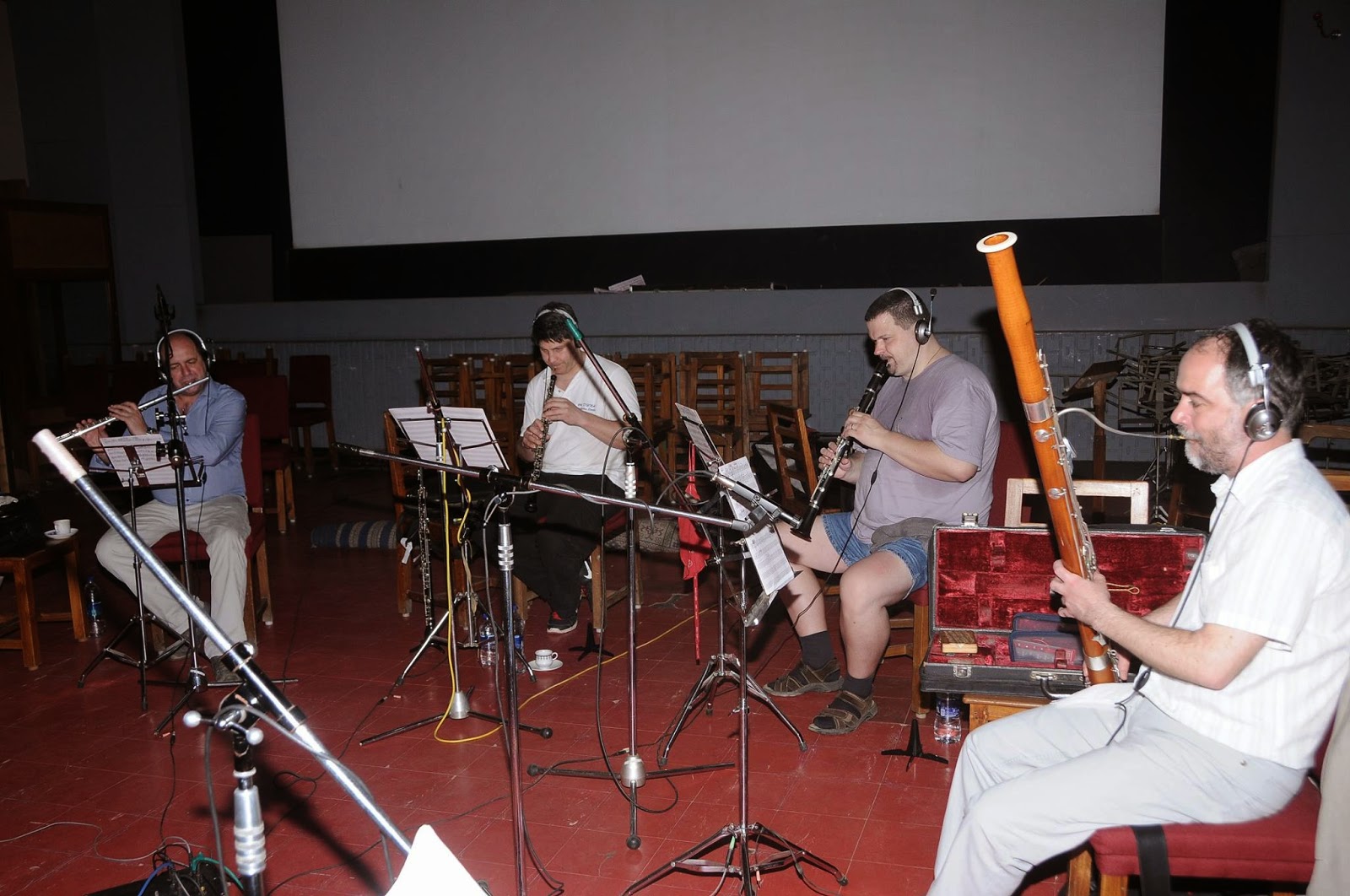 Merged a new topic (that had the most recent post of Hmm, with a question) into this thread