An all-inclusive thread about automobiles.

Let's talk everything about them here - price / performance / efficiency / style / models / history / financing - A to Z!

The prices are SHOCKINGLY LOW in India...However, I choose to include this in a new thread where we'll discuss automobiles in a larger scope Smile

App it all comes with trade offs..ABS/ESC/ACC still aren't part of standard practice here..those sub 4m category which are only seen in India are yikes..NDTV recently did a crash test and the results were alarming.

Wizzy,
I agree that the automobiles cost much less in India due to the less-stringent specs (safety etc).

However, my shock (rather surprise) was due to the reason that the prices pretty much remained stable for a decade or more for automobiles - even when the input costs have skyrocketed, especially the manpower costs.

The obvious reason has to be significant amount of localization, huge increase in volumes and some strategic pricing.

Less than a mile from the TATA service station in Cbe (Trichy road),  after the "first service", it got hit by a bus on the left side and had to be almost totalled

(That I insisted in getting it repaired at a cost of some र 86K was a foolish story which followed with tales of troubles thereafter).

Now, after a decade of inflation & increase of most costs, such cars sell pretty much at same prices.

The Maruti Alto 800 model continues to be priced around र 3 lacs! Obviously it doesn't have much qualitative changes except cosmetics but the price is well maintained.

Multiple reasons...and let me try to get some listed here (others please correct me or add to this list)...

1. Increase in volumes that accounts for no net increase in overheads (such as manpower costs per car / real estate costs per unit etc)

2. Possible reduction in certain overheads that help balance out increases in other overheads (for e.g. energy / power costs have gone up but telecom / data processing costs have come down)

4. Technology costs getting thinner because of policies / company structures. (e.g. Possibly, earlier it was Suzuki selling technology to Maruti for millions of $ v/s Suzuki Japan "transferring it at no cost" to "Suzuki India")

5. Competition eating into profit margins (Name any big brand, those cars are on Indian road. India perhaps has more brands than any country

It has American, European, Japanese, Korean and Indian cars on road, a staggering list of brands and models)

India is hatches haven..but how many exciting cars do Indians get to drive in premium hatches/sedans? 30-35yrs midlevel management guy in US can drive a bimmer 5/audi a6 which still remains a etta kani for a midlevel management guy here.again by 30yrs Indian guy would have bought a home clearing his mortgage..different priorities I suppose.

2. Possible reduction in certain overheads that help balance out increases in other overheads (for e.g. energy / power costs have gone up but telecom / data processing costs have come down)

Honda's heavily localized 'Amaze' design/built is an sight to behold..forget major markets I doubt they would release this car even in
Indonesia/Thailand but again Amaze is giving them the numbers so they would continue to dish out this crap of a car.

in other new Uber has set shop in Sennai, https://www.uber.com/cities/chennai
brilliant pricing..turns out to be cheaper than auto fares

Daylight time change on car audio used to be a big irritation to me during Civic days.

I had similar irritation yesterday when trying to change the time on Jetta audio player. (Don't want to look at the manual and would like this to be pretty easy, as in the case of Chrysler mini van - both the analog clock and touch screen clock are easy to change).

Then figured out that the clock on the dash (part of the trip computer that shows stuff between the speedometer & tachometer, information such as odometer, trip meter etc) only has to be adjusted (and it is automatically sync-ed with the audio)

Adjusting the dash clock was quite simple, good job VW!

This winter had been terrible for drivers on U.S. roads for more than one reason.

While the others are pretty similar in every other place where snow / ice is an issue for a severe winter (that too an extended one like this year - having single digit F's in March, this morning's windchill here was 0 F!), the "pothole" phenomenon is unusual for the west - it is almost like India situation here

I've heard complaints even from a rich area like NY state capital! (Two tires got burst in the new car of my sis and even rims got damaged, she had to claim insurance).

I was talking to a Michigander yesterday (who retired after serving for many years as Engg Manager in one of the big-3 auto companies) and he gave some interesting info :

1. People can claim compensation from state / city in MI if their tire gets spoilt by pothole

2. They pave only 4 inches here, compared to the 12 inches of Autobahn (Germany), possibly because of huge # of miles and also the demands of unions to ensure jobs year after year.

3. There are also some voluntary agencies that can be called to fix / change tires for free (apart from calling AAA / your friends etc)...one lady told me that when she had her tire bust on an exit, there was a "good samaritan" truck waiting right there, sponsored by CVS pharmacy, that fixed for her freely.

I've heard complaints even from a rich area like NY state capital! (Two tires got burst in the new car of my sis and even rims got damaged, she had to claim insurance).

I only use it when I have to drop someone at the airport. Forget about a final chat in the car before check-in/security checks : you have to keep an eye on the road at all times and dodge the few dozen potholes.

given the sheer number of companies involved, this could be the biggest ever scandal to hit the industry 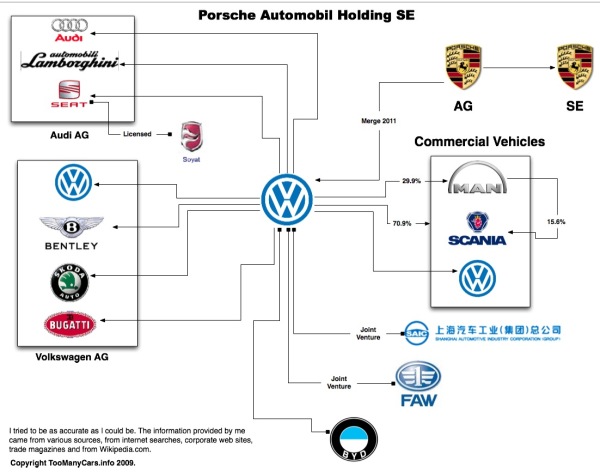 nanRi Wizzy, for those links!

air is getting murkier as expected http://www.theguardian.com/environment/2015/sep/30/wide-range-of-cars-emit-more-pollution-in-real-driving-conditions-tests-show