Dedicating a thread to this great musician (whom even IR adored), IMHO, is in order. 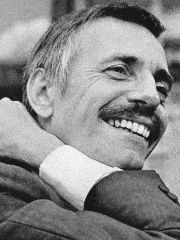 I'll be hosting my favourite tracks by PM on this thread (with youtubes and otherwise appropriate links).

What's more, I'll be also sharing some nostalgia w.r.t. some of the tracks as to when I first heard it, how it enriched moments of my life etc

To start with, please familiarize with this famous French musician / orchestrator / composer in this wiki page:
http://en.wikipedia.org/wiki/Paul_Mauriat

This page, possibly hosted by a fan, gives some information as well:
http://paul-mauriat.com/biography.html

To start, let me post one of his original compositions, alla figaro as the #1 in this thread!

Though his orch / arrangement for compositions of others got much more acclaim, like "Love is Blue" & (One movement from) "Mozart's symphony #40", this one too was pretty famous - per what I could understand from the many different albums this got featured!

A personal favourite as well

Enjoy this, as a grand opening

Wow great sir..Brings me back the nostalgic moments of reading  sangeetha kanavugal and then went searching for Paul mauriat Cassettes.
There was nothing there in chennai and one day when i had gone to bombay was able to get a cassette and was so happy. Think it was in my school days or early college days. Immediately felt home with his music as raaja has prepared us for these things. Particularly this song of his was so good. As you rightly said his compositions for others originals are so famous. This is one such brilliant work. Also very Raaja like.Will post few other works that i liked too.

balachidambaram wrote:Brings me back the nostalgic moments of reading  sangeetha kanavugal and then went searching for Paul mauriat Cassettes.

But for rAsA talking about PM in his சங்கீதக்கனவுகள் (that came as a series in kumudam when I was in college), I don't know how many in TN would have taken note of this great musician (not just in 80's , forever at all)

I've earlier shared one hair-raising experience in the SPB-IR thread of the hub, which I used as the platform for sharing a lot of my nostaligia. (hair-raising to me

Since it was my post, and a favourite one, I feel nothing wrong in quoting a major portion here :

a_e wrote:
Like I mentioned in an earlier post, let me use these songs to talk about a huge shift in my music listening sensitivities around this time period. I am very sure most IRF's who are today in 40's-50's had undergone similar shifts during their lifetime (some prompted by IR getting into other lang fields, others prompted by his interviews / statements etc). Most hubbers here can relate to predominantly listening to alternate forms of music at one point of lifetime or other. Well, to me that started during late-87 and went on to full-blown state in the next few years! It wasn't like the leanings towards MJ or MFM but on a much more strong bonding level. Of course not HFM (already informed in a reply to Plum).

While frequenting the cassette / recording shops in Palakkad (actually there weren't too many, 3 or 4 cassette shops & only one recording place I'd been to), on one evening I spotted this casstte with a beautifully illustrated inlay card. It had the name "Paul Mauriat"!

I couldn't believe my eyes and kaNNaikkasakki vittu, maRupadi pArththu made sure. The album had the name 'nagekidori'. (From the time I read about him in Kumudam sangeethakkanavukaL, his appreciation for EdhO mOgam etc, the name was strongly wired in my mind and I didn't have to even think a second to recognize the name). Within a minute, the cassette was mine and I was feverishly walking to the room to stuff it into the walkman.

'nagekidori' was PM's own composition and had mesmerizing flute work that did something to the nAdi-narambu. Then there was the instrumental version of Whitney Houston's "Didn't we almost have it all" that I immediately recognized and was spellbound by the tremendous arrangements. The best piece, however, was "back to the pyramids" (I'll try to get youtube links once I reach home). It pushed the spirit to some levels that I've never experienced prior! (Ofcourse, I may not feel the same way today - but at that age, circumstances and position, it was...unlike anything I've experienced before...do I sound like some sAmiyArs / preachers?  Music has power I say!)

Thus started my hunt of any cassette with his name on it! 'Love is blue' 'Classics in the air 2/3' are among the best but there were just too many and every visit to Bangalore had me hunting around the music shops for some collection of him or other and I was also feverishly sharing them with many associates, relatives (sometimes gifting - last year I met a cousin after years and she had Love is Blue on the smart phone (not by PM, some other version) and recalled how I introduced to her that track years before). I was overjoyed when identifying the Mozart symphony that was used by National Panasonic as demo to be PM's version!

It wasn't a fad but lasted for years, changing my music listening taste forever! Even now, I can't stop with just one listen of 'love is blue'!

#2
nagekidori (Bird of wounds) is the main track of that first PM cassette I got from the small cassette shop + recording center in the Hotel Kalpaka compound of Palakkad main road.

While there were a few other cassette shops, this was the only place where the man did TN-style "recording center" business. (One of having tons of LP records, having a big file listing all the movies / tracks to help you choose what of those need to be recorded on your Sony or TDK cassette, taking for ever to finish your order and finally delivering something that may have a few misses - like you mark happy version he records pathos etc).

IIRC, it was the only PM album I got from that store. It was so close to me for many years - until it was no longer usable

I was surprised today that there's even a video featuring PM for this track, which is his own composition. The album credits Zamfir as the person who played pan flute (there's a picture of him with PM if one searches around for images for nagekidori).

It's a soul-stirring track and had a magical spell on me those days...as a close company during nights!

#3
Back to the pyramids

Another PM original composition that appeared on the 1987 nagekidori cassette that instantly caught like fire on me!

#4 Didn't we almost have it all?
(Original song was by Whitney Houstan)

Even before I could warm up to PM's original compositions, this one instantly mesmerized me cause I was already familiar with the melody. That way, I would say this was the "intro" piece to me of PM's orch speciality

Interestingly, somehow I bought the Whitney Houston cassette without ANY BACKGROUND info on the artist!

Like I mentioned in my "college-day-preference-changes", MJ came into my TFM world and Madonna later. They were obviously popular with not just me but tons of others in India as well. In addition, every now and then, there'll be singles by other artists that entered into my world. Laura Branigan's "Self control", George Michael's "Careless Whisper", Stevie Wonder's "I just called to say I love you", Lionel Richie's "Hello", Cyndy Lauper's "Time after time" and such popular tracks were among them. Most of these got featured as collections with cassettes branded "Billboard" and I used to get one or two each month.

OTOH, I really don't know how I ended up buying a WH cassette when I found it in some Palakkad audio shop a few weeks prior to getting my first PM cassette. May be it was playing at the shop when I went - or there could have been a poster - I really don't remember. One thing I DO remember clearly is - I've never read about her prior or never had anybody recommend to me. It was "nAN-nANE dhAN" eduththa mudivu to get her cassette, just like that!

Of all the songs in that album, "Didn't we almost have it all" was my top favourite and I was overjoyed to have an instrumental, that too by PM! The sax substituting for the mesmerizing voice of WH is so lovely!

Obviously, once I developed a taste for PM's style of "jazz-with-strings-like-classicals" and started listening to his many other tracks, this number wasn't on the top of my repeat listens (which was taken over by nagekidori & back to the pyramids). Nevertheless, a very lovable track!

Here are both versions of the song on youtube:

WH with vocal (some live program - unfortunately she died recently):


PM's orch only version:
No youtube, listen from here