Looking forward to hear it though Lata is well past her prime.

More interested in the composition, tbh.  Her voice was terrible even way back when she sang the Veer Zara (MM) songs.  Can't imagine what this will turn out like.

Yes, it was.  I had noticed uncanny similarities between the two compositions even before I found out that Tere Liye was originally composed for the Dil Dhoondtha situation (and lyrics).

Big size team lunch in an Italaian restaurant (award giving / certificate giving by biggies and all) and I was sitting in the table with a few northies.

One of them was assertive that Thamizhians are the only fellows in India who unreasonably attack Hindi and there had never been a 'thiNippu' etc. I mildly started to opine on why it's nonsensical to even expact TN to accept indhi / not resist etc but wasn't ballistic (considering the setting).

Then the fellow went on to tell how historically Thamizh as a language had no mention of math, Thamizhs never had the concept of numbers etc. I got really irritated but once again didn't want to freak out, considering the setting.

Also, it's futile to talk to a fellow who said "I even studied thirukkural and found no concept of math"

Well, the restaurant was playing some instrumental music thru out (mostly classicals from EU) and this particular piece suddently caught my attention - as this sounded very familiar to an Indian song!

So, we all ended up listening to it for a few minutes, no conversation and everybody agreed - yes, it is an indhi classic, probably rAj kapoor etc etc. None of them could quickly catch the song.

Then, with a poker face, I told the fellows 'AjA sanam' (chOri chOri, pls refer the first post of this thread)

It took them some time to register that a 'seemingly-Thamizh-chauvinist-with-absolutely-no-indhi-aRivu' can effortlessly pick on one of their cult songs!

With obvious shock, the thirukkural guy flattered me 'hey, you are just fantastic'

BTW, if anyone knows the original EU track that got borrowed as AjA sanam, please post here

It's possibly Italian...could be mid-eastern too.

It's the same instrument too!

Except that there were no vocals in the version played at the restaurant...continuous instrumental...

Made a 20 song Madan Mohan playlist to share with some HFM-curious, but noob friends. Mostly a compilation of songs I've already shared here.

Good one!  I would suggest throwing in some of the more light hearted numbers to balance out the ghazals since they are only now being introduced to his music.  Like Aapko pyar chupaane ki buri aadat hai, Tere paas aake mera waqt, Simti si sharmai si, even Zaroorat Hai zaroorat hai.

Ya, plan to expand the playlist to 30 over the weekend to infuse a bit more variety. The current list is more or less my personal top 20. These friends (barring one who is a total indhi noob) have heard the usual famous RDB, SDB, SJ songs but not much beyond. Basically, like me 1 year back...

Also made one raaga based playlist of IR for an IR-noob friend (whose blogs I shared on one or two occasions in the politics thread). Have finally initiated him into the world of IR! After hearing quite a few songs over the last couple of weeks, he confesses to being a fan now. He prefers the more minimally orchestrated ones, the raaga based ones and songs where one or two instruments take the lead. Baroque and excessively complex multi-layered compositions are not to his palate. Turns out he never gave IR a fair listen all these years before deciding he wasn't into his music,Says he was put off (during school and college days) by the visuals accompanying the songs and the often abysmally unimaginative and explicit lyrics. I mean being born and brought up in Chennai (albeit in a posh neighbourhood and moving in somewhat anglicised family/social circles) and having lived in TN for >20 years, last week was the first time he heard idhu oru pon maalai pozhudhu (and loved it)! But anyway, never too late.

Plan to make a folk based playlist next (he asked for one). Suggestions welcome, though perhaps it is better to pick up this strand in another thread... 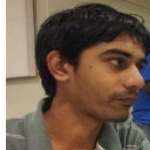 Thanks to the Anything on IR thread discussion on MM, stumbled on this song from Jahan Ara. Charming composition:

^^^  Great song.  Jahan Ara was such a great soundtrack.

fring, CR and others

Thank you for that. Have been meaning to ask you for a Anil Biswas playlist ever since you said on twitter that you rank him ahead of Salilda and MM and next only to IR among all time IFM greats. Will check out that and the Jaidev playlist over the next week or so.

I noticed that Khayaalon me kisi ke was missing from the Roshan playlist. I have been absolutely besotted with this song ever since I discovered it a month or so back. Besides the minimal instrumentation and the sheer rhythmic delight that the song is, Geeta Dutt and Mukesh are at the top of their game and it is quite charmingly picturised too. The song unfolds organically - the antara is a natural extension of the mukhda and you barely notice the way the tune artfully bridges its way back and forth between the two. Masterful!

Raaga_Suresh wrote:fring, CR and others

Great lists.  By the by, Heer Ranjha also has a brilliant, if somewhat meandering, Rafi-Lata duet.  I probably like that a little more than Yeh Duniya Yeh Mehfil, but I guess the latter is more popular.

Raaga_Suresh wrote:fring, CR and others

A facetious question. Why only B&W of SDda? Any specific reason or is an Eastman/color playlist coming soon?

That is also a favorite of mine. I had restricted the number of songs. Roshan's 'Bawre Nain' and 'Malhar' both have more than one terrific song.

Yes. As you say this is the more popular one.

The reason I did not put SDB color is that most of those songs are fairly well known and many of them are telecast even now. The B&W are the ones which have faded from popular melody (not all though. SDB's staying power is amazing compared to his contemporaries)

The second line in the pallavi(hum bhari duniya) sails pretty close to the second line of our anthem "punjaba sindha gujarata..", possible inspiration maybe. But a terrific result

Goes to show how underrated these two are in the minds of current generation listeners. While CRR is probably forgotten, Asha is remembered more for her groovy RDB hits

Actually her singing was quite fluent, except that the Na Karo Mose Raa....AAASSS...harkat was a bit sloppy even at that pace.  And the pace is the problem.  Why slow the f down and, combined with piano, make it sound like some sappy Kenny G track?  The beauty of the song is how vigorous it is with semi-classical arrangements.  If you can't sing it at that pace, you are not doing justice to the song, period.

Besides the deliberately slow singing which was an irritant, the bhaavam was also lacking. But maybe the vigour is intrinsic to the composition and is part of what evokes the rasa. And the random piano improvisation and runs a la Devassy in super singer don't help one bit, esp. when you consider the delectable sitar base of the original. She did hit the right notes though...