plum,
I watched poomukhapadiyil ninnEyum kAththu, it is a pure love story. Added it now. Thanks for reminding. Added Sankeerthana too. Kalapaani is not a strict love story. Definitely we can come to love songs separately.

I will leave Johnny, no worries. My heart definitely wants to include Salangai oli too, especially for Kamal-Jayapradha scenes, never in tears so much.
_________________
Art is a lie that makes us realize the truth - Pablo Picasso

Every damn Tamil movie will have love as a backdrop - adhu illAma thamizh padam OdumA? So would like some like Sagara sangamam, Sindhu Bhairavi, MogamuL to be reserved for pure arts category.

This is the main objective. padam nalla irunthaa bonus. I have to remove even karagam from the list as it also addresses a different theme, more than love.

Devathai not sure if we can consider it as a love story film, more like a nenjam marappathillai kind. Kaadhal Parisu is strictly not love, more of a betrayal and suspense. Oru NaaL Oru Kanavu and Kaadhal Rojaave included.
_________________
Art is a lie that makes us realize the truth - Pablo Picasso

Aalukkoru aasai - Read the story just now in wiki, not a love story, more of a expectation/business between husband and wife

Anand - Don't know the story. If possible some hint on story line?
Chinna Kounder - Strictly not a love story, more of a 'neethi, nErmai, dharmam'

Many many. Punnagai Mannan to start with

Thanks. Is this your nomination? or adding to the list? 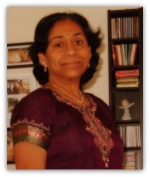 I understand this exercise is tough because not every film is same. Even within the same love theme the plot varies. Some are strong and focussed on the main plot while some have the love triangle, some have more sub plots which kind of confuses. The list is not based on just the score and songs, there are other factors too. All (not only few) these factors decided the below list.

To make things clear, for example; Mudhal Mariyaathai is my most favorite film on the whole in all aspects (score songs, impact etc), but when it comes to the amount of duration the main plot of our discussion is covered, it is less. Similarly yEh kiLi irukku or yEraatha mala mElE song does not again come under the main love plot. These factors may also decide my ultimate one selection. On the other hand NeethanE Ponvasantham has almost all the songs to the subject we have taken, so it has advantage. Here is my best 20 films on love subject (not in any particular order). I will keep rewinding the list again to make my final selection.

To be honest, I used to watch many Rajini films even compared to Kamal films during my school days (thanks to my neighbors who were (are) hard-core Rajini fans). I obviously have a soft spot towards him, but not at their level. When the discussion started couple of days ago in Kamal/Rajini thread, I watched one of my favorite Rajini movie of that time just to see how it works now. Another reason to watch this movie is also to re-access how it will belong to this thread. Not a single second was boring. Same feeling back. This film is so apt for this thread. Not a single second, the plot leaves the main plot and I was remembering my good old days when I watched this movie. I didn't switch off till I saw completely. The way the love blossoms and develops is a poetry as the title suggests. Definitely I had not given ears to background score that time, but I should say you all should see the movie for the score (in addition to four gorgeous songs and of course Rajini). Please don't miss the score, especially when Uma rescues Anand from fire, when the love blossoms, when the recurring veLLai pura ondru theme is being played with lot of variations with different instruments, the score when Uma and Anand race to meet each other, traveling from Coimbatore to Ooty and vice versa and the climax BGM. If I have not mentioned about Rajini's acting, it is a sin, it has to be experienced. Not a single second I can say he is acting, dashing and lively performance. Watch him romance. It was surprising how director S P Muthuraman selected Rajini for a complete love film when Kamal was the normally viewed as suitable for these kind of roles. You have to watch to see how Rajini fared. I was/am deeply in love with this film even at that age. It's now right up there in my list.
_________________
Art is a lie that makes us realize the truth - Pablo Picasso

Good list, V_S.
There are Rajini  movies like Mullum Malarum, Thillu Mullu, Pudhu Kavidhai, Moondru Mudichu, I enjoy, can watch over and over again.
A lullaby, duet and a  male pathos, I recall in Pudhukavidhai.  Wonderful compositions.

Thanks Usha ji and baroque. Where are your nominations?

Wow V_S saar puthukkavithai. Nice writeup. I like this film too. One of those rare Rajini romances. But do not recall the BGM, so need to rewatch

Thanks Nerd. Kandippaa paarunga, you will be mesmerized. Planning to watch again

If I don’t mention PayanangaL mudivathillai in this thread, it won’t’ do justice. We used to hear sounds/songs/dialogues of this movie from a theatre which was adjacent to our school playground. It was running for around 6 months there. We have not missed our PT classes, not to play, just to hear the dialogues and songs. That was the first time I heard my friends talking about love and romance. I didn’t know what it is, but wanted to experience alone.  So went for this film first time alone cutting my class (how dare at that age?). Returned totally impacted and changed.  First time experienced what this love and romance is all about. I didn't want the movie to end. I always wanted to go back to iLaya Nila all the time as that's when she comes to know of him. A song like that will never happen in music world

Gorgeous Poornima. I fell for her that time. Unforgettable movie experience.  I still remember I didn’t sleep that night. Not to mention I watched this movie 5 times, forcing my parents. I am still waiting for such a movie today, but I have also grown over it. Scintillating songs and score. This is one of the movies which got me attached to Maestro ILaiyaraaja  initially, but he made sure that this bondage is forever.
_________________
Art is a lie that makes us realize the truth - Pablo Picasso

I first zeroed it to 22 films from the 100 based on my all time personal favorite albums. From there, I am reducing it to final 15. I am not including films I've not seen and hence Pallavi Anu Pallavi and Geetha lose out along with Poomukhapadiyil Ninneyum Kaathu. We can decide if we are going to vote for 10 or 15 films and we can reduce from there.

1. Johnny; greatest BGM for love story along with Aruvadai NaaL and Guna. 5 songs. 5 peach of songs.
2. Aruvadai NaaL; For Devanin Kovil. Simply the greatest BGM with Johny and Guna for a love story and of course, Chinna Ponnu and Melatha Mella Thattu, 2 classics hidden under a monstrous Devanin Kovil.
3. Panneer PushpangaL; God awesome songs. Masterpiece. Just 1 would have been enough to remember that film. This film had 3. And he almost did this for free (not a criteria while deciding but still zaps me that he gave this quality for almost free of cost).
4. Raaja Paarvai; What a theme and what outstanding songs! Selected.
5. Moondraam Pirai; Poongaatru Pudhidhanadhu, Kanne Kalai Maane and Ponmeni (lust song but lust as a form of love nu selected

10. Guna; Top notch background score (AN and Johny being my other all time favorites) with every song being a masterpiece.
11. Singaravelan; Superb songs. Superb BGM for a fun film. Supreme Court defense for Innum Ennai Enna Seyya Pogirai as the song of 1993.
12. Sethu; Very good bunch of songs. Outstanding BGM, especially as the film ends and Raaja takes over with Vaarthai Thavarivittaai. I am sold.
13. Punnagai Mannan; What a soundtrack! Complete pwnage from songs to BGM to the greatest love theme eva' composed (just theme. Overall love BGM my vote for Guna, Aruvadai NaaL and Johny).
14. NEPV; Album of the last 14 yrs from the noughties. Dud of a film and BGM can't save it. Might lose out eventually.
15. 16 Vayadhinile; Personal favorite album. Has the nativity and BGM as Chappani goes to prison and Mayil waits for him squeezes me. Along with Moondram Pirai, saddest love story that nailed the emotion superbly.

Thanks Usha ji for the memorable rewind. Moving one. Noted, kizhakkE pOgum Rayil and Johnny

Thanks DM for the list with exhaustive analysis. Very well done. Most of your selections are my selections too. Let's see. We can even make it top 15 instead of top 10.
So Johnny'kku already three ticks