I just read the shocking news of Ricky's retirement

Who am I kidding?

The only sad thing is this will put even more pressure on Sachin, and most likely we are days or weeks or in the best case, few months away from Sachin's retirment.

Anyway,...let's open a Appreciation thread for Cook and Kallis next here

imagine his plight if it wasn't for our trundlers.


//dig where are the rest of the threads

Oh sorry, Plum, I was responding to your post on Dhoni in the other thread

:cheers:ponting... thanks for some great knocks, entertainment and tears 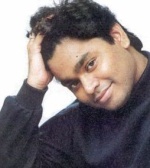 Never liked him but that terrific pull shot :noteworthy:. His captaincy was overrated and Clarke is showing exactly how to take a young team forward provided you have the fast bowling arsenal and 1 or 2 dependable bats.

all the praises coming Pwnting's way is bordering on sycophancy, kind of mirrors the eulogies written
on Thackeray which portrayed him as a statesman of unmatched repute

Pwnting will be long remembered for this

Wizzy wrote:Pwnting will be long remembered for this

:exactly:. Also too much written about >100 test wins. Dude was lucky to play alongside a bunch of greatest cricketers to have played the game. Its not like he won 100 tests of his own bat.

The English media has hailed Ricky Ponting on the eve of the former Australian captain's 168th and final Test match at Perth against South Africa on Friday, and also apologised for disparaging him throughout his playing career.

Former English off-spinner Vic Marks lauded Ponting in London's The Guardian, calling him a ‘team man, right down to the decision to quit Test cricket’.

Derek Pringle, writing in the London Telegraph, said Ponting was ‘a batsman and captain whose natural instinct was to attack, whatever the situation. He leaves the game as one of its greats and arguably its toughest competitor’.

London''s Daily Mail took the opportunity to apologise to Ponting for accusing him of cheating, unsporting behaviour, two-facedness, but mostly for creating the caricature Ratty Ponting.

“Like all the greatest villains, we loved to hate you. Like all Australians, we've loved making fun of you. Above all else we loved beating you – and we'd gotten used to that,” wrote Mark Alford.

“The sad truth is we wish more of our sportsmen and women were like you. And that's why we must say sorry,” he added.

Ricky Ponting's greatest rival, Harbhajan Singh, has said the retiring batsman is one of the best players he's ever come across, and added that the decision of the former Australia captain is a sad day for cricket.

Harbhajan has dismissed Ponting more than any other bowler in his Test career and said he thoroughly enjoyed their fierce and combative rivalry that intrigued both Australian and sub-continent fans.

"It is very sad news for the cricket world, another legend of the game has retired. What comes to my mind when I look back and think about Ricky Ponting is that he was one of the greatest players for Australian cricket," News.com.au quoted Harbhajan, as saying to an Australian paper.

<p>"He was very competitive and energetic on the field, and he was one of their best in terms of leading from the front. He has been a champion player for Australia, and played very well for Australia and himself. His record speaks for itself. He scored runs all over the world," he added.

Harbhajan will forever be known as Ponting's achilles heel, dismissing him 10 times, including three ducks in the Test arena to boast the best record of any bowler Ponting confronted, and the Indian spinner is proud that record will stand for good.

"I am pretty pleased with my record against him. If it was the other way around I would not have enjoyed it. He is one of the best players I've come across and I've always had a lot of respect for him," Harbhajan said.

"I enjoyed every moment playing against him, He has always been a very gutsy player. He showed he was a very tough character when he was out in the middle. As a batsman he always looked to attack and showed his class," he added.

What he means is:

BTW - too mcuh of Ponting praise and Sachin-dissing in the newspapers across the world and websites in the name of Ponting-tributes.
Guardianla ennadAnna, Ponting embodied the spirit of cricket 99.94% of timenellAm vERa ezhudhaRAnga and Vic Marks throws a salvo that "Ponting will be missed on the field; Sachin will be missed when the #4 for India walks out and there is no ovation"

100 Test victories and three World Cups, two as captain. It is a statistic any cricketer from any age would die for.

That says it all. What a career he had!

For a long time, we didn't know each other well, and I admit I was surprised when I saw this other side of him, but I am glad I did eventually. At the end of the 2008 Test series against Australia, when I was going through a rough patch, he took me aside and said, "Look, I've been following your batting through the series and I know you're struggling for runs, and people are after your blood, but I want to tell you, I still think you're playing well. Hang in there." Coming from someone who was seen as a tough guy, someone we Indians had had so many skirmishes with, this was a revelation. We didn't know each other well but he took the trouble to talk to me and offer those words of comfort.

I am moved by Ricky's consideration for Dravid.

These cricketers are so special not just because of cricket alone, because of they are of my generation and I grew up with watching them. I don't know how I am going to digest Sachin's last day in cricket. I am already seeing big void in cricket in coming years, definitely I wanted to be proved false.

fonting says sachin is the best he has played against....

and wait... he also says akram and bajji were the best bowlers he faced... was going statsguru, in last 5 yrs Pwnting avgs 39(considerable boost after Ind visited OZ), in the same time
VVS avgs 49 and Wall 44, to think these two were chastised by Ian Chappell/other cricinfo pundits for prolonging their stay whilst Pwnting went under the radar makes me

Wizzy wrote:was going statsguru, in last 5 yrs Pwnting avgs 39(considerable boost after Ind visited OZ), in the same time
VVS avgs 49 and Wall 44, to think these two were chastised by Ian Chappell/other cricinfo pundits for prolonging their stay whilst Pwnting went under the radar makes me

Occasionally (as in world cup time) I follow matches on internet (having NOT signed up to any Indian TV channels)...

This must be an "etc" news in this forum (& thread)...but somewhat related to cricket:

Pakistan cricketer Javed Miandad on Friday has cancelled his tour of India. The news of Miandad being granted a visa by the authorities has generated a lot of controversy in India with a number of politicians questioning the decision as Miandad's family has ties with Dawood Ibrahim, India's most wanted terrorist.